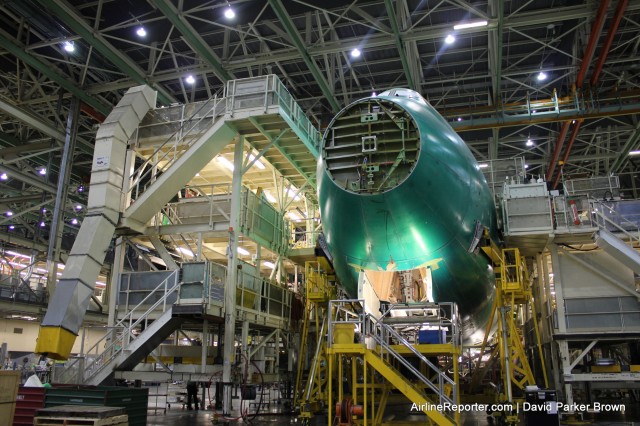 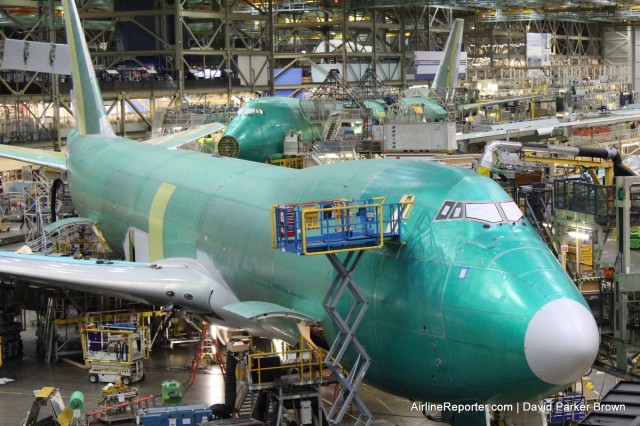 Boeing 747-8F about to be complete 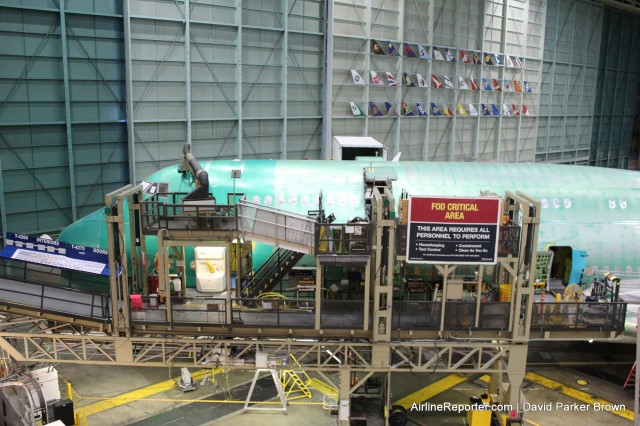 Check out all the tails on the hangar door. 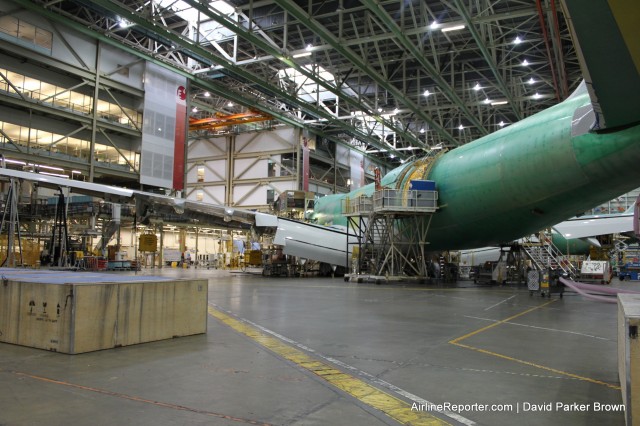 View of the 747 line from the factory floor 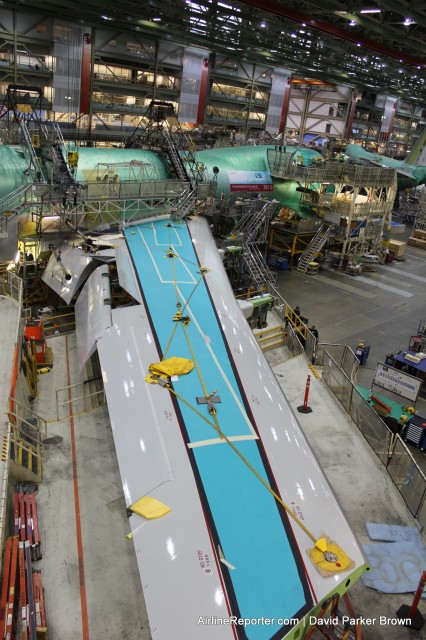 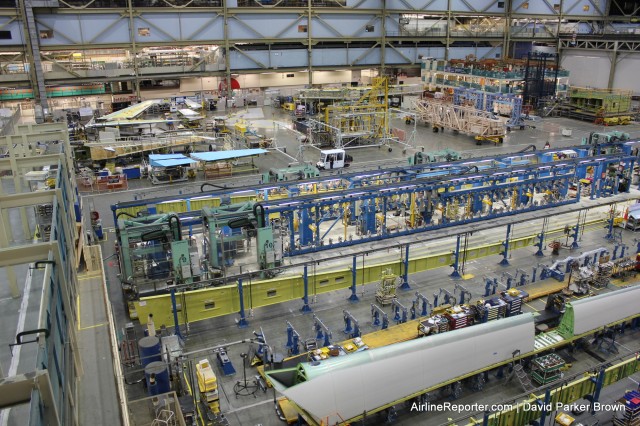 Building the 747’s wings in the factory 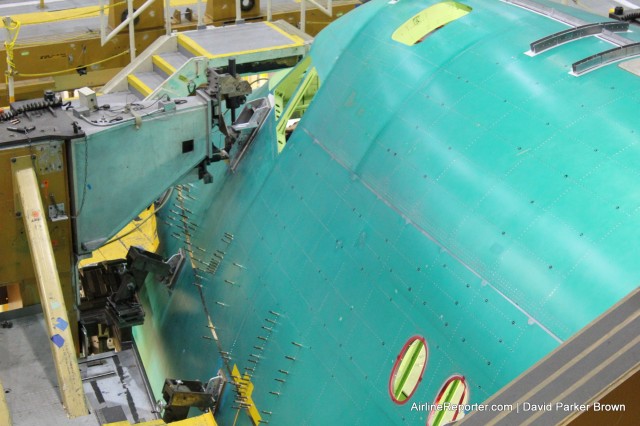 Working on the upper section of the 747 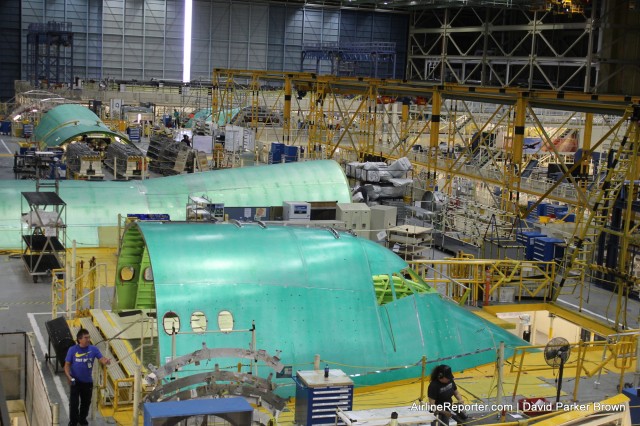 The front and rear are side by side 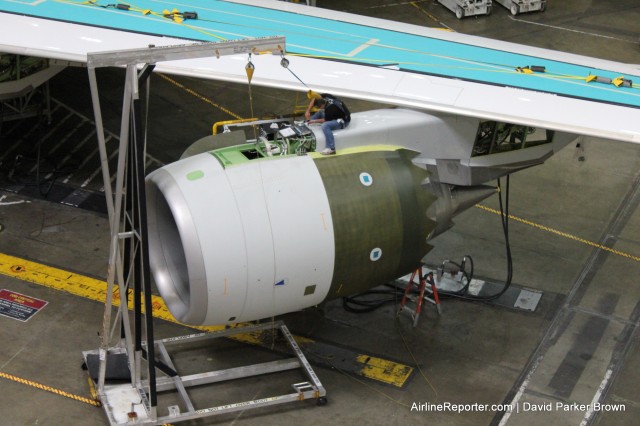 Working on that GEnx 2b engine

Want even more 747-8 factory photos? Then check out our Flickr album.

https://www.airlinereporter.com
It’s a Boat…It’s a Plane…It’s BOTH
Flying “Business Class” on an Antonov AN-12
11 Comments

I never get tired of that tour. It’s sad to think that the 747 is pretty much on it’s way out though. She will always be the Queen of the Sky in my book.

I thought all 747’s were built there, but you indicate just every other one ??
Where are the other 747’s built?
Great pics…and that tour was the neatest tour ever.

All 747s have been produced at the Everett factory.
I think its way the sentence is worded that is confusing you.

He is saying since the first one rolled off the production line, every other 747 (so every one since the first one) has also come from that Everett factory. The following sentence about how the 747-8 is also built there also addresses this topic.

I never grow tired of seeing one fly from take off to landing, such a beast. I have yet to see the other big jet fly (Airbus) over. David you are the man.

Anyone know what the minimum build rate is to keep the 747 line viable? Could they keep building them at a rate of .5 or 1 a month? Would it be possible to shrink the foot print of the 747 line like they have done with the 767 line to help make it more viable at a lower production rate? I’m thinking that the 747 order book has dried up enough that sadly we are already passed the point of asking these questions.

Ok this is a silly question. Why doesn’t Boeing allow cameras on the public tour yet they allow members of the media to do so? Seems contradictory if they are trying to prevent trade secrets (only reason I can think of).

They know we will be there and can prepare. Plus they are things they tell us that we cannot take photos of and we listen.

I hope someday that Boeing will allow photos in the tour.

Great pictures, David, and brings back wonderful memories of that tour at AVGeekFest 2013 and 2014. Maybe Boeing might allow we “groupies” to take our own pictures one of these years!

Boeing used to allow cameras on the tour. Then they use the excuse of someone dropping the camera on the plane and casued a $200,000 damage to stop camrea on the tour.