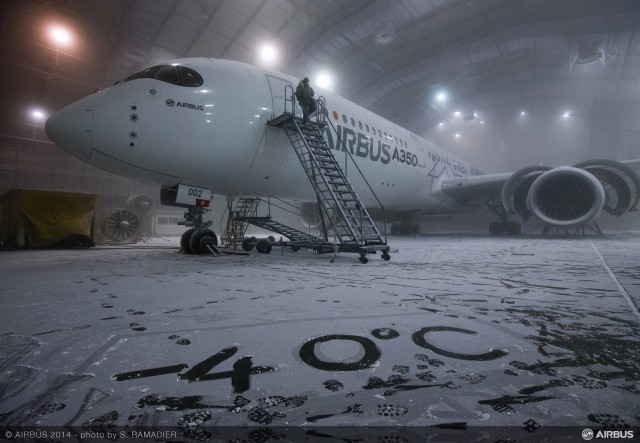 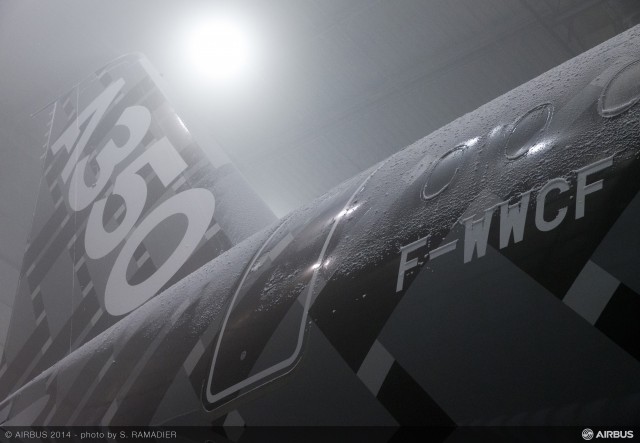 The tail of MSN002 get a bit frosty – Photo: Airbus

Due to the size of the aircraft, crew at the facility had to start preparations six months before MSN002’s arrival.

This is just part of the testing required for the Airbus A350 to be validated and prepared for delivery later this year.

Here are additional photos and a video of the climate testing process: 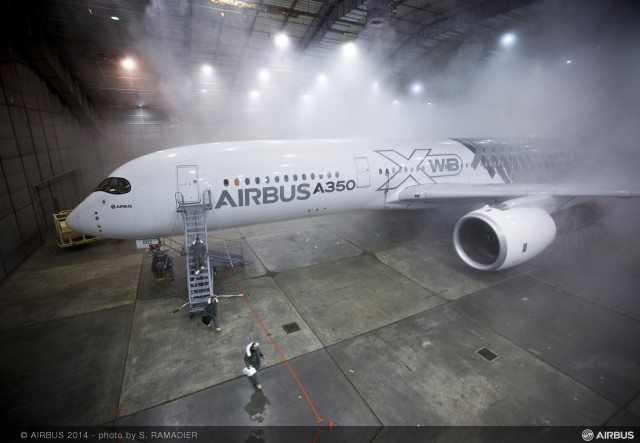 The Airbus A350 in the McKinley cold weather testing facility – Photo: Airbus 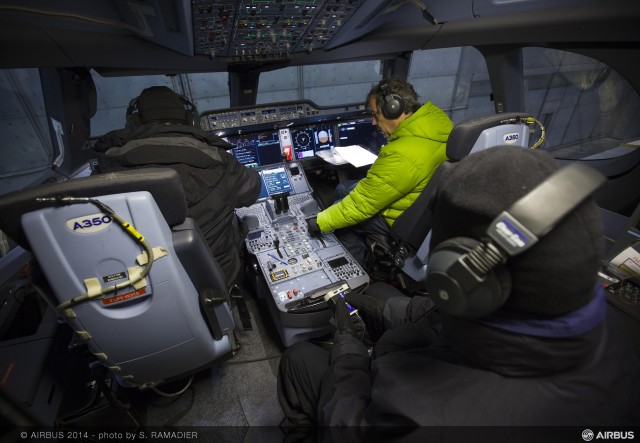 Test crew bundle up while in the flight deck of the A350 – Photo: Airbus 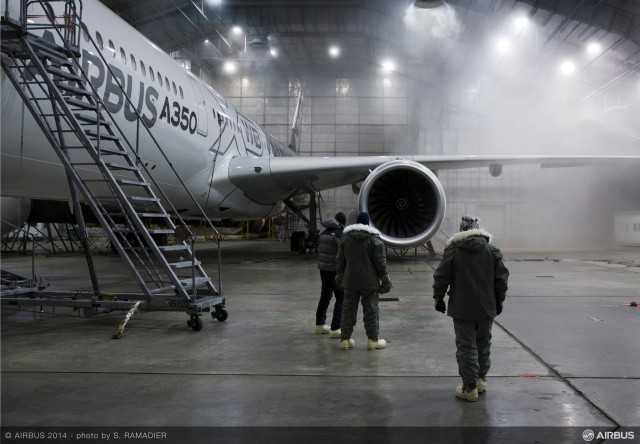 Crew walking around the outside of the A350 – Photo: Airbus 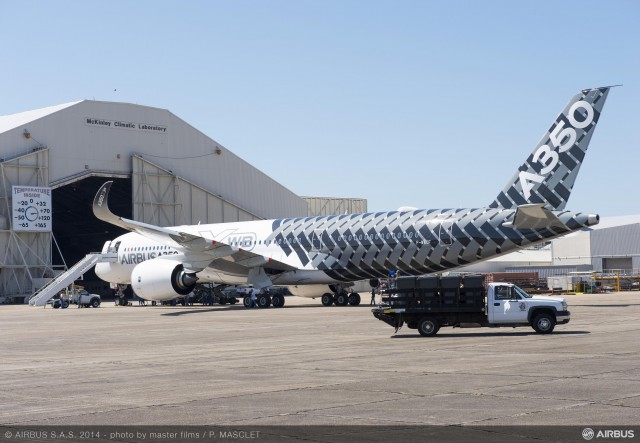 MSN002 outside of the test hangar – Photo: Airbus

Can anyone tell me why all previous hot/cold tests seem to have been done ‘on location’ and not in a facility like this? Perhaps a 74 or A380 is too big, but most others would fit.