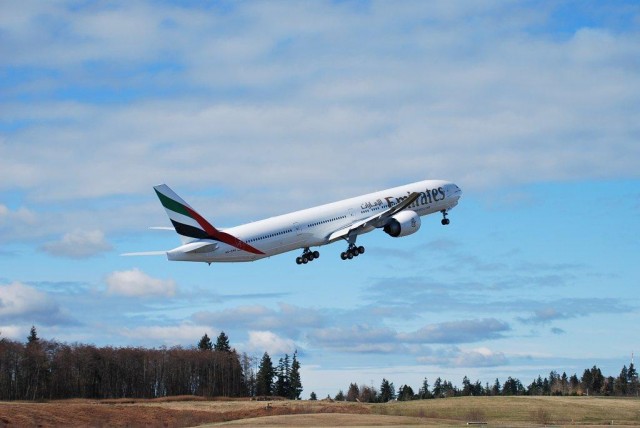 In October of 2013, Emirates Airline became the first “Fifth Freedom” carrier to fly between New York City and Milan in Italy.  This allowed a stop between New York and Dubai in the Italian city would help to increase services between not only Italy and Dubai, but also the United States and Italy.

For those of you not familiar with the fifth freedom, it allows airlines to fly from one city in their home country to another city in a different country, while making a stop in a third country along the way. Passengers are then able to purchase tickets for any of the legs. An example is Air New Zealand’s flight from Auckland to London, but stopping over in Los Angeles, where tickets can be purchased all the way through or via one of the legs.

On April 10th, 2014, the Lazio Regional Administrative Court (TAR) in Italy upheld an appeal to the fifth freedom rights granted to Emirates by the Italian Aviation authorities (ENAC) to operate between Milan and New York.

TAR upheld an appeal to the rights, stating that fifth freedom rights should only be offered to other EU countries, not the Gulf carrier.  Fifth freedom flights are one of the most common ways for airlines to utilize extra capacity on routes between third-party countries.  Opening up the route from New York to Milan to Emirates brought about a fare drop that saw true competition for the first time.  Of course, the airlines that currently fly this route were not all that happy about it.

Bonus: Read about Fifth Freedom flights, and how good they can be for transcon flights

Although no specific airlines were named in the court appeal, Assaereo, the Italian Association of Air Transport Operators, applauded the outcome.  Who does Assaereo represent? Well their biggest member would be their largest airline, of course; Alitalia.  But this is where things get confusing.

Alitalia has been in financial difficulties for many years, with plenty of deals to sell the airline failing at the last minute.  At one point, KLM/Air France were going to buy them out, but that failed.  The current suitor for the distressed Italian airline is Etihad, the Abu Dhabi-based Gulf carrier.  So this new ruling by the court would effectively cut off any benefits that Etihad might have sought in the future, using fifth freedom rights between countries to add revenue.

Of course, the US-based airlines such as Delta are also applauding the outcome, but that is not at all surprising.  Delta wants to protect their interests on what can be a highly lucrative route, and with the Gulf carriers expanding rapidly, legacy American carriers want to block this as much as possible, in order to protect their bottom line. 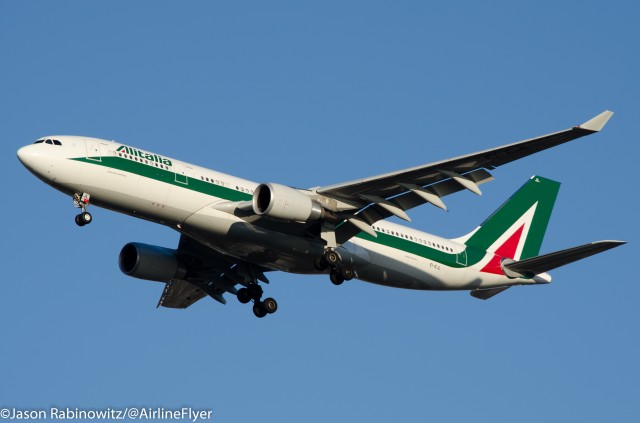 An Alitalia Airbus A330 arriving at New York’s JFK Airport

Since the TAR ruling was made, Emirates has already released a statement that they have appealed the ruling, and as ENAC have not yet overturned the fifth freedom flights, they will continue to operate until further notice.

Is this the end of a great fare battle between legacy carriers and a new entrant?  Or is this just the opening salvo in what could be a fairly substantial battle between Emirates and the Italian government?

The question is: What was the justification of the court. Within EU, there is absolute freedom – every EU-Carrier can offer flights within the EU with no restriction what so ever.

A great summary report, Malcom. Although I’m not a fan of Emirates and some (perhaps most?) of their business practices, IMO, their extended route from Milan to JFK is well within the Fifth Freedom rules. In both practice and in spirit, that is exactly what the FF rules are intended to allow. It is more economical for the operating carrier and it introduces competition – or more competition on a significant route. Of course Alitalia and Italy will voice complaints and, to a lesser degree on or two U.S. carriers who serve the route. (Pissing about competition is simply expected behavior.) In the case of Alitalia, some serious competition may be the only stimulus potent enough to keep them in business; even the minor, former branches of Aeroflot run better airlines than does Alitalia! And as for complaints from the one or two U.S. Legacy Carriers who may fly to Milan, it is still about competition: With only Alitalia to contend with, their rather slovenly service and products were better. Whoops! Here is Emirates with a single extension flight each day, but with hard and soft products superior to both Alitalia and the U.S. boys, and a competitive or slightly lower price. Of course they complain!! Sour Grapes IMO! While Alitalia is probably beyond help, the U.S. carriers um, kinda-maybe, could be forced to up their game – just a little. Duh! In “J” or better, I think it a given that Emirates will always win. Believe it or not, most pax still fly in COACH cabins. (Hard for bloggers and reviews to remember, but count the seats. There is a reason for having so many in the back half of the airplane: They buy the fuel.) At the end of the day, Emirates has a better hard and soft produce – In The Back – than do Alitalia or any U.S. carrier. Alitalia is a joke and the U.S. carriers don’t’ want to upgrade, so what is their next best course: complain and sue. Emirates is already flying the route, has the rules generally in their favor and they won the product competition (hard and soft) a long time ago. Since few have the fortitude to complain about their business or personnel practices – Emirates will win. Wanna bet? (I’d offer to arm-wrestle, but you’d slam me in an instant .) And a darn good report, Mal! NFZ.

Thanks for the Praise NFZ. The weird thing with this whole saga is that it isn’t just the Italians getting in on it. It looks like the US Airlines and ALPA are playing a much dirty game here. I have some more stuff coming but it looks like there is more to this than thought!

If the Gulf carriers weren’t state subsidized entities, I wonder how they would fare then. Or if American carriers received state funding on top of their profit margin?

Italy needs to deal with airlines in a professional manner. If ENAC says EK can fly MXP-JFK, it should be the final word. Given that EK has been flying it for 7 months now, they’ve invested the resources (and jobs in Italy) and are clearly making the route work. Props to EK for dealing with the incompetents of the Italian government.

Definitely let EK compete and may the best airlines remain. For all we know there may be room on this route for all 4 carriers (DL, AZ, AA, EK).

certainly like your website however you have to test the spelling on quite a few of your posts.
Many of them are rife with spelling issues and I to find it very troublesome to inform the truth on the
other hand I will definitely come again again.