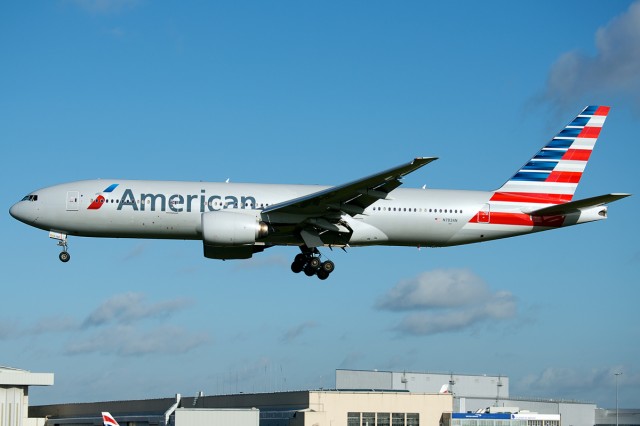 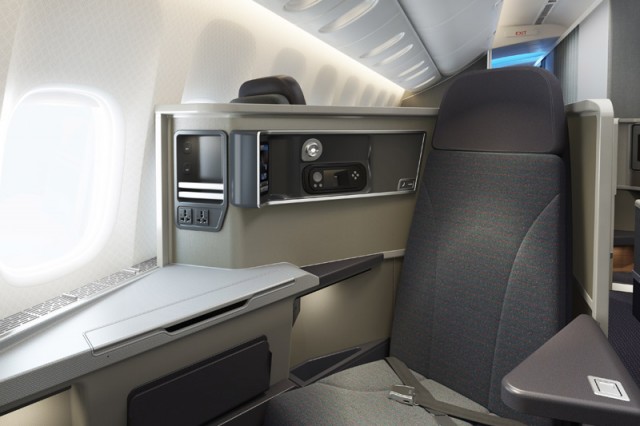 Unlike British Airways or United Airlines, who seem to use rear-facing seats to fit as many people into the plane as possible, American is balancing passenger load while also giving each premium passenger direct aisle access.

There will also be enhancements to the Economy class product as well, bringing them into line with the same seats fitted on the 777-300ER.  Changing the aircraft from a three-class configuration to a two-class configuration means that American can add an additional 45 Main Cabin Extra seats.  The fitting of wi-fi to the aircraft brings them in line with the new premium offerings being rolled out across the American fleet. 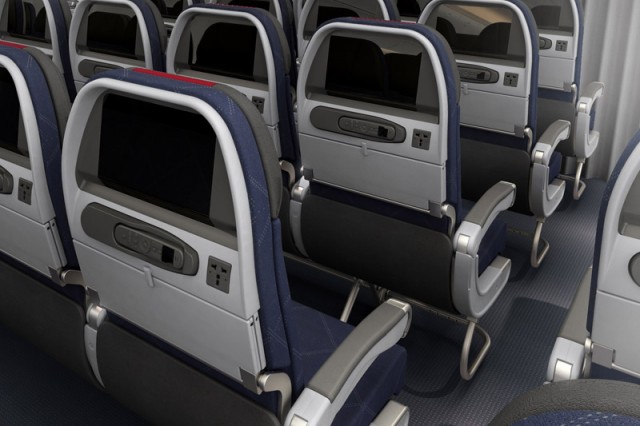 While American is making changes to their onboard product to feel new and refreshed, they also announced some immediate and major devaluations related to their frequent flier program.

With both United and Delta rolling out devaluations to their frequent flyer programs as of late, American Airlines (along with US Airways) is, not surprisingly, following suit.  Unlike Delta who when they rolled out their latest changes and gave almost nine months notice, American Airlines has given no notice.  The changes filtered through late in the evening on the 7th to become effective as of April 8th.  Making changes is fine – the airline is entitled to that – but making changes ’œeffective immediately’, that is a little bit on the improper side, don’t you think?

Even with the changes made overnight, it is good mixed with bad.  US Airways, for instance, had a change to their redemption levels (Business Class from USA to North Asia went from 90,000 miles to 110,000 miles) that saw an increase to what some people refer to as the ’œsweet spot’ of the rewards program.  However the same notice now gives free checked bags to US Airways Mastercard holders and meals on more flights for Business Class passengers.

American made changes to both baggage policies along with frequent flier redemption that hurt customers all around. Although the new flight redemption levels are for travel after June 1st, the new rates became effective immediately, even before the changes were announced by the airline.

American passengers traveling on full-fare tickets and those customers who were travelling on high-cost award tickets no longer receive a free checked bag.  American’s elite frequent fliers feel the bag pinch as well, as all levels who received free bags had those entitlements reduced by one piece (Gold & Platinum went from three bags to two, Silver from two to one).  But good news!  South American flights now don’t have a second bag charge’¦ so pack more if you’re flying to Brazil on American! 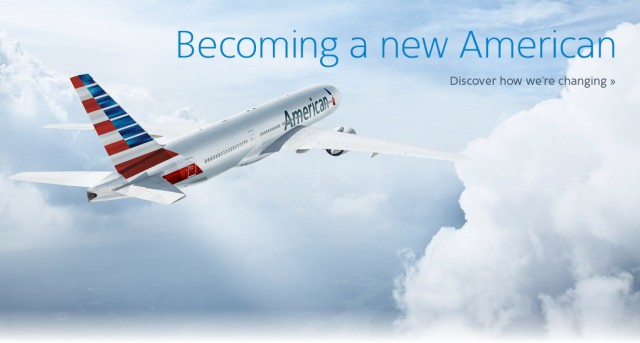 Is American really becoming a new Airline or are they really just like everyone else? – Image: American Airlines

The last raft of changes go towards American’s frequent flyer miles award levels.  American changed the cost of their ’œAAnytime Awards,’ going from a single cost for a redemption on the last available seat, to a three-tier system that can get confusing.

Tier 1 AAnytime redemptions will apparently see a reduction in the cost of miles, but as per American Airlines, these only are available ’œpart of the year’ and the remainder means a Tier 2 redemption which are at a higher level than before.  The third tier’s pricing will only be released for ’œthe busiest days of the year’ according to American and for those wanting to redeem some points to travel over a holiday period.

American also removed the Oneworld Explorer award, which allowed you to plan an almost round-the-world trip on oneworld carriers for a set cost; not great when you want to fly on partner airlines.  The last nail in the coffin comes from the removal of a free stopover at US gateways on one-way awards.

American’s changes, released with no notice at all, are a massive change to an airline that had in the past been fairly open in regards to changes it was making.  American is an airline that has used Twitter, Facebook, and other social media sources to be extremely open to everyone.

These changes are surely being made to align the policies of both US Airways & American and they can do those things (they are a business, and need to competitively run their business) but giving no notice of any kind is a little bit much.  At least the new hard products look great.

Excuse me, but the missing Malay flight was a Boeing 777. I was a commercial pilot and flight instructor as well as an Aerospace Engineer. I have learned that the oceans are similar to the atmosphere in that they have currents, “updrafts and downdrafts” like the air. Flow patterns similar to air flow around a thunderstorm exist. Likewise there are “mirages” where an electrical or sound transmission can be distorted. With that in mind the pings encountered in the searches could be from a far distant source or a near one.

Baseball cards are more than just a way to keep up with the sport. Over time and under the right circumstances, certain baseball cards can become quite valuable. In December of 2010, a group of nuns from Baltimore sold a Honus Wagner card from the early 20th century for $220,000. Poverty in the cities and the rural nike running shoes South remained untouched. In Chicago the supply of jobs available to the unskilled began to decline in the mid 1950s; in the next decade, the city actually lost 100