There has been a lot of talk over the last few months about Delta Air Lines.  They have been doing many good and smart changes, a few not so good things, and some crazy things that makes me wonder what the heck is going on. I wanted to take a look at the last few month (and maybe a bit beyond) to try and figure out what Delta has been up to.

If you wind the clock back a few months, what Delta was up to seemed to make a bit more sense than they do now.  Expanding their west coast presence was a good thing.  Turning the Los Angeles to San Francisco route into the equivalent of the Delta Shuttle on the west coast was smart.  Adding more services to Seattle to turn it in to a new focus city is good as well, but also a little crazy.  Why crazy? Well, Delta is partners with Alaska Airlines and it seems the two of them have decided to publicly show their competitive side, while still trying to be “friendly” towards frequent fliers.

Delta, in the last six months, has started taking delivery of two new aircraft types.  The first of the 737-900ER aircraft were delivered to them towards the end of 2013 and are set to replace some of the older 757s.  Replacing an older, less-fuel-efficient aircraft with a modern aircraft is always a good thing.  Delta also started adding ex-AirTran’s Boeing 717s to their fleet, using them to replace the venerable DC-9.  Again, taking a less-efficient aircraft and replacing it with a relatively modern one — this I can understand.

Delta added to that good news, announcing they will refurbish the interiors of over 220 of their current fleet.  Airbus A320s, A319s, Boeing 737-800s and 757-200s currently in the Delta fleet will get all new slimline seats, bringing them up to check with so many other airlines.  The better news comes with the talk that the A319s & 737s will get seat-back screens.

The 757s will also get new overhead bins, making Delta the first airline in North America to retrofit a 757 with aftermarket bins.  The new bins should increase storage by almost 50%! These are all things that make sense coming from a large airline trying to make their mark post merger. 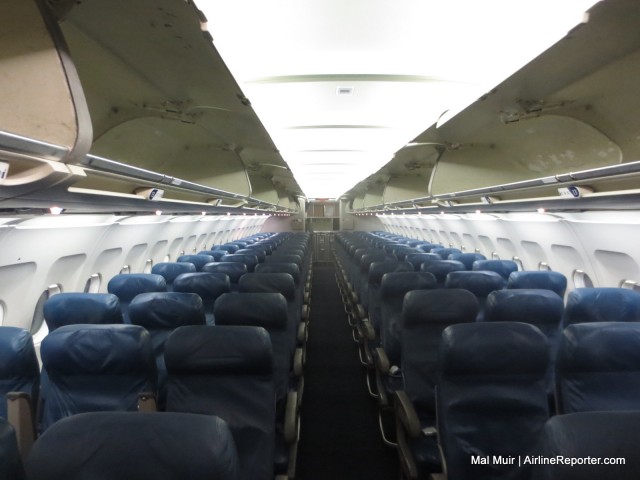 Yes, there has been quite a bit of good news from Delta that has made the media rounds, but many were distracted about some bad news also announced.  Delta also has de-evaluated their SkyMiles points program along with the latest hit to SkyClub members by outlawing guests. This made me a bit disapointed.

Increasing the points required to redeem an award ticket is something that will happen every few years, just like inflation.  However when Delta announced back in August that they were making a whole raft of changes to the Skymiles program, that wasn’t enough.  In November, they announced further devaluations that would come into effect sooner.  Not only did you see increases in mileage requirements to redeem for flights, in both cases they also announced a minimum spend amount for elite status.

Just days after the fleet refurbishment news, Delta started to take away from the SkyClub members. They have will  take away guest privileges to entry-level members and those who access the Skyclub through their credit card.  Delta changed the SkyClub membership levels so that ’œPersonal’ membership no longer allows complimentary guest access.  To take a guest into the SkyClub you need to be an ’œExecutive’ member, and that’s another $250 per year — ouch. 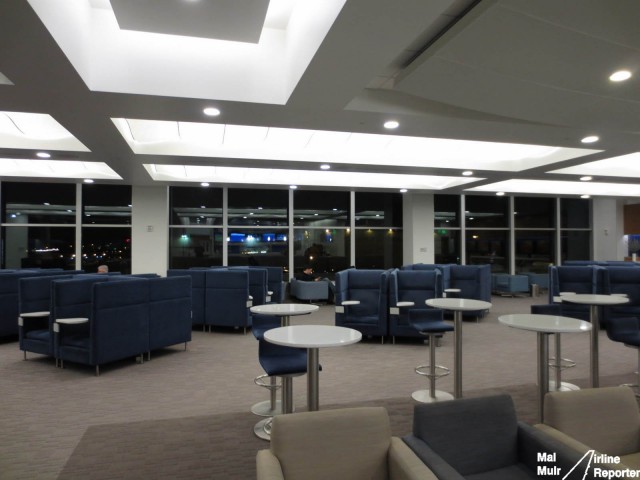 Without going into too much detail of all the actual changes, since they are getting covered in depth by a good majority of the aviation media, it makes you wonder exactly what Delta is up to.  Delta is a business, so obviously they need to do things to make a profit.  They also do not want their high-end passengers to have to experience crowded lounges.

With all the talk about new routes, new services, and new aircraft, Delta has been doing as much good as they have bad.  But does the good news help offset the pain of having something taken away?  What do you think about all the changes Delta has been making as of late? Is it underhanded tactics, or just good business sense? All I know is I am wondering what Delta will be up to next.

It says Air Tran’s ex Boeing 717, it should read ex-AirTran’s Boeing 717’s. Remember a lot of them are leased from Boeing and are being subleased from AirTran. I drive an airport shuttle for a living and I have noticed there seems to be a small shift at KFLL. I am used to seeing a few AirTran 737’s mixed with Southwest’s 737’s parked overnight off of Concourse B, however, there are 4 717’s there now. Have they started painting AirTran’s planes in WN colors? I remarked to my passengers that these will be gone soon to Delta.

That’s all been fixed up now. I hardly ever got to see Air Tran 717s before they started dissapearing 🙁

As most businesses in a historically lower yield industry, Delta is trying to maximize yield. Frequent flier miles are referred to as “Loyalty Programs” for one simple reason, to keep the high yield business traveler on their seats. The higher yield passenger usually does not take guests with him into a club, and if they do, they can usually write that off or expense account it if business related. Its a calculated risk in which the benefits and repercussions are mulled over at all airline HQ’s in windowless rooms, but revenue management departments usually have leverage on those decisions.