If you haven’t caught the new WestJet #MagicPlane livery, you are in for a real treat. It is a complicated design that was not an easy task to complete. This time-lapse video above demonstrates the painstaking steps it took to bring this design to life.

According to WestJet, “The special livery is designed to tell a story from tail to nose. It starts with Sorcerer Mickey, prominent on the aircraft’s tail, with magic stars coming from his hands. The magic stars swirl around the fuselage and past the wings, culminating with fireworks over the Cinderella Castle at Walt Disney World.”

It took a total of 26 workers, using 36 different colo(u)rs, 24 days working around the clock to make the paint scheme work. Now that is dedication, but we think it paid off. Check out some more photos, plus some magic in the interior: 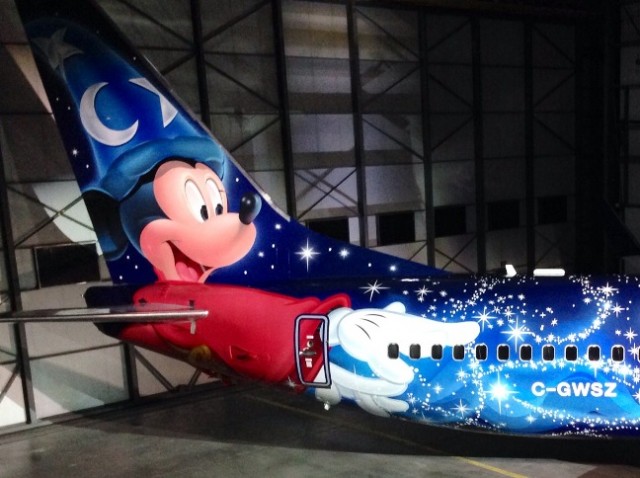 Up close detail of Mickey Mouse on the tail. Photo: WestJet 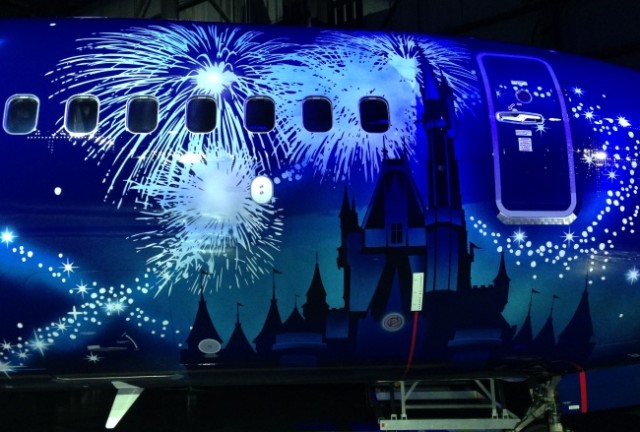 The fireworks come alive on the side of the 737. Photo: WestJet 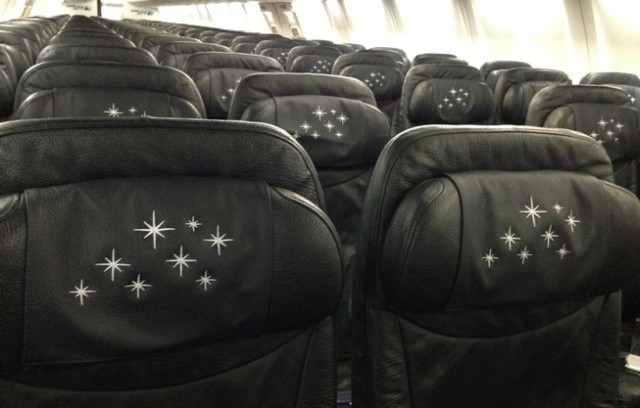 Even the inside of the aircraft gets special Disney treatment. Passengers will also be served special Disney-themed cookies during flight. Photo: WestJet

A hat tip to @t0eknee for this one.

https://www.airlinereporter.com
What’s (Air) Niu With You? A Review of Air Niugini
The 12th Plane: Boeing Unveils a Seahawks-Themed 747-8F
6 Comments

so what are the differences between the port and starboard sides? Westjet has said that there are at least 4 differences

Wow what an amazing livery! And thanks for adding the ‘u’ in colo(u)r!

It was a Canadian story, so it seemed to give a shout out to the u! 🙂

That is one impressive pain job, to be sure. That said, with all airlines complaining about poor profits, 24 days of down time is a lot for that expensive machine. Do impressive paint jobs sell more seats?

Well, it does get them some free publicity (over 350,000 views of the video at this point) and I think it makes even the non-AvGeek do a second look while at the airport.

I am sure there is some behind-the-scenes business deals going on as well.

Let’s make that paint, not pain. The question remains.