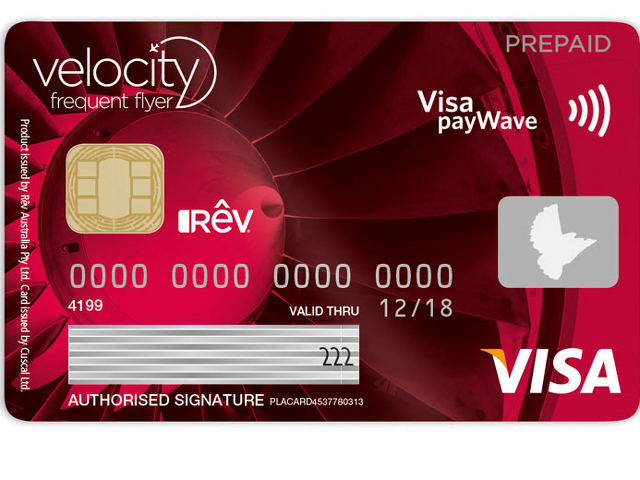 Recently, I received a lovely little gift in the mail, all the way from the other side of the world. Â In the envelope was my new Virgin Australia Velocity frequent flier card. Â When I looked closer at the card, though, I noticed something different. Â The back resembled a debit card; in fact, it was a prepaid Visa card. Â It made me think about what has been happening lately between airlines, their frequent flier programs, and credit cards.

Over the last 12 months, two of the largest US-based frequent flyer programs have introduced minimum spending amounts to attain or maintain elite status. Â In 2014, Unitedâ€™s MileagePlus program will require a minimum amount of Premier Qualifying Dollars (PQD) along with the usual amount of miles or segments. Â Your PQD has to be made up of ticket spend on United-issued tickets or by purchasing upgrades to Economy Plus. Â To maintain your Gold Status into 2015, a Premier Gold flyer would not only have to earn 50,000 Premier Qualifying Miles (PQM), but they would need to spend $5,000 on airfare (taxes donâ€™t count, sadly).

Unitedâ€™s move was almost a carbon copy of Deltaâ€™s SkyMiles program, however they just changed the words around. Â Replace â€œMedallionâ€ Â for â€œPremierâ€ and hey, prestoâ€¦ welcome to SkyMiles! Â A very similar arrangement, but unlike United where all the tickets have to be issued by United, Delta allows you to earn your Medallion Qualifying Dollars (MQD) with partner airlines (but what qualifies as a partner is a whole story of its own). Â United only allows partner earning when booked through United. 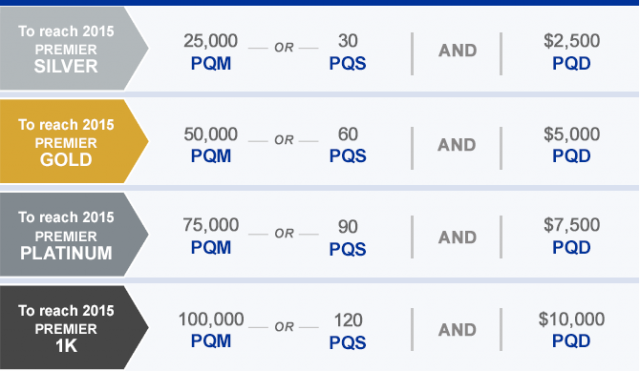 One way around that Delta spending requirement is to use your co-branded Delta American Express card. Â If you spend over $25,000 in a year (that may sound like a lot, but most points junkies will tell you that every dollar adds upâ€¦. fast) on the card, you’re given a waiver on your MQD requirements. Â So if you donâ€™t make $5,000 in minimum spend directly with Delta (like by flying plenty of cheap tickets that cover long distances) but you spent over $25,000 on your card, you’re still going to make it. Â United has allowed itâ€™s co-branded Chase cardholders the same thing, but so far only for 2014; no word has been released if it will continue after that (though my guess is that it will). 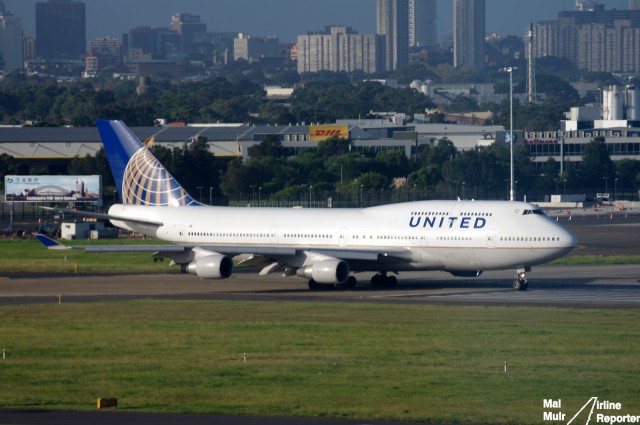 Sydney has always been a popular destination for those using United miles – Photo: Mal Muir | AirlineReporter.com

On the other side of the globe, Virgin Australia and Qantas laid out plans for very similar frequent flier benefits. Â The new cards being offered would not only act as the usual recognition of status, but would also serve as a pre-paid debit card. Â The cards could be pre-loaded not only with Australian dollars but a multitude of other currencies, and then are able to be used around the world without being charged foreign exchange fees. Â It would be as though you were spending in local currency.

Virgin Australiaâ€™s â€œVelocity Global Walletâ€ has access to a total of nine different currencies (though only four can be loaded on the card at any one time). Â It can be used anywhere that Visa is accepted. Â Qantasâ€™ â€œQantas Cashâ€ card sees them partnering with MasterCard and has access to nine currencies as well, however it can load the full nine all at once. The feature with either card is that you can spend around the world as though using local currency.

The front of the new Qantas card

Not your normal frequent flier card

What both of them offer to the frequent traveller/points junkie (like me) that’s so attractive is the fact that you earn points on anything you spend. Â I could go overseas, spend in local currency, earn points at the same timeâ€¦ SOLD! 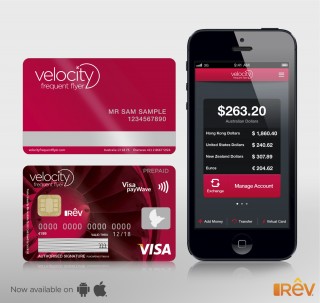 Each card has different benefits that make them unique. Â The Virgin Australia card comes with a very handy app (both Apple & Android versions) that allows you to manage your card on the run. Â Handy for that frequent traveller who lives in their phone almost 24/7 and canâ€™t travel without it. Â The Qantas Cash card comes enabled with a â€œQ Chipâ€ built into the card. Â Really an RFID chip, it allows the card to be used as a boarding pass or to check-in with the wave of a card at airports around Australia.

Different parts of the globe have had changes to frequent flyer programs that are very distinct from each other, but both show one common theme; it is not all about flying anymore. Â Credit card companies are now more and more inter-twined with your frequent flyer program experience. Â Of course, some of the easier ways to earn points is by using your credit card and it looks like some of the frequent flier programs agree. Â But are these two new changes a sign of the times, trying to not only get you to spend more on airfare, but also on products and services linked with the airline (more than likely earning them money too)? Â Or is it a sign of the future, that it won’t all be about how many flights you take or how far you flyâ€¦ but how much money you’re worth to the airline as well?

CORRESPONDENT - SEATTLE, WA. Mal is an Australian native who has been a huge fan of airlines and aviation and currently works in airport-related operations. Email: [email protected]er.com

Air New Zealand has had a credit card attached to their Airpoints cards for a while now. I’m surprised other airlines and AR took so long to catch on!

Nope I am fully aware of it, it is put out by the same company that is backing the Velocity Card (Rev). But the difference is that Air New Zealand Airpoints are practically useless! For every $100 you spend on the Air NZ OneSmart Card you earn 1 NZ Airpoint. But I don’t believe the OneSmart takes over as your actual frequent flier card where as the Global Wallet Card and the QantasCash card do.

Well none of the airlines require you to have credit cards. All of them offer credit cards and you don’t have to have it. The two new cards from Qantas & Virgin Australia are optional. You have to opt in to get the card, and you then have to opt in again to activate the functionality, that and they are prepaid so you can’t really worry about that.

You are being a bit unfair to AirNz Malcolm. Firstly the Onesmart card does take over as the airpoints card, but activating the debit card functionality is optional.
Also AirNZ airpoints are not necessarily worthless, e.g just compared the first identical product I could find on the respective airpoints/miles shopping sites. With AirNZ a DeLonghi kettle is worth $145 airpoints dollars, this would take a spend of $14500 NZD on the Onesmart card to earn. The same Kettle from the Qantas store needs 18500 points, a spend of $18500 AUD (approx $21000 ND)
Clearly a better comparison is needed that looks at flight accrual rates and redemptions etc. but I do think it is unfair to say AIRNZ airpoints are useless.
Interesting article though, I use my Onesmart card a lot while travelling and have found it a better alternative to many of the travel cards on the market. It will be interesting to see the next developments.

The Air NZ site doesn’t state that anywhere about the OneSmart card. Is that for all members or just elite?

Comparing for “Non flight” options like a kettle is not the best way of looking at a program. In fact it would be the worst generally. I know from experience that each Air NZ Airport is worth 1 NZD towards a fare and that it is a straight value based redemptions. Those kinds of programs generally don’t incentivise the way people redeem.

But this kind of discussion could be endless

Both the QFF and Velocity cards are good options domestically if you want points from a debit card, however overseas their forex spread is up to 5%, making the Citibank Plus Card a better bet for cash via ATMs while the Bankwest Platinum Mastercard for card use, both with forex rates pretty much mid market ( ie close to XE.com).

There are two significant downsides to both, the time it takes to get currency onto the card (up to three business days) and in the case of virgin, a load fee.