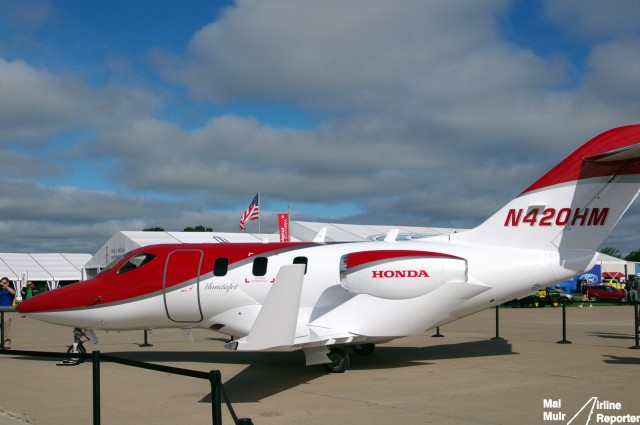 â€œEAA AirVenture Oshkosh has special significance for me,” said Honda Aircraft President and CEO Michimasa Fujino. “This event is where I introduced the proof-of-concept HondaJet to the world for the very first time. It was truly the beginning of Hondaâ€™s exciting venture into aviation. I am very excited that EAA AirVenture Oshkosh has once again provided the setting for the first public appearance and demonstration flight of not one, but two FAA-conforming HondaJets.â€ 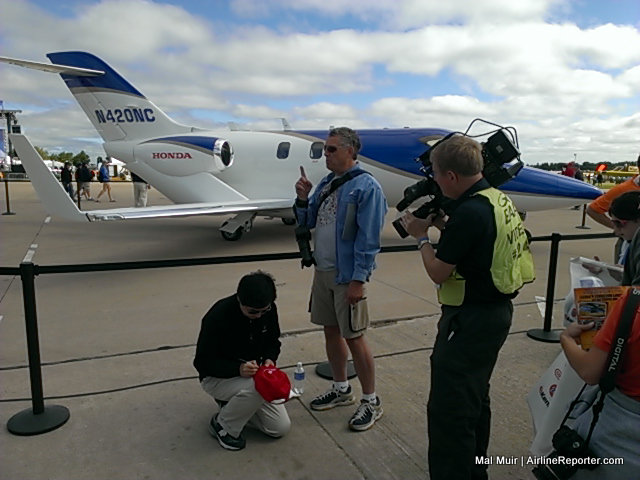 CEO of HondaJet Michimasa Fujino kneels down to sign an autograph on a HondaJet cap. Photo: Mal Muir | AirlineReporter.com

Fujino started as design project leader of the Honda Aircraft program back in 1986 and, almost 11 years later, he drew the first concept for the HondaJet (apparently on the back of a calendar). But what makes this aircraft design so visually unique? Â The obvious answer is the engines.

Typically the engines on business jets are mounted on the rear of the aircraft, near the tail, with all of the support systems taking up precious cabin space. Â For Fujino, that would not do! 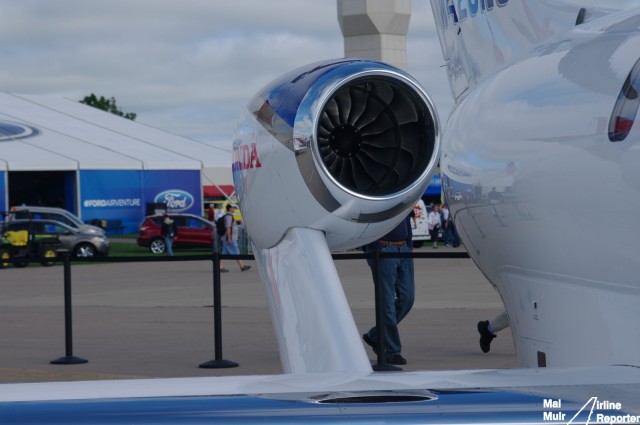 The HondaJetâ€™s two engines are instead mounted on the wings, but not in a typical fashion. Unlike many commercial airliners, the HondaJet has them mounted over the wing.

The over-the-wing engine mounts (OTWEM) not only give back precious cabin space, but also reduce noise while increasing fuel efficiency. Â Add to this the all-composite body, with a natural laminar-flow wing design, state-of-the-art navigation (Garmin G3000), and the latest technology in the passenger cabin (such as electrochromatic windows like the Boeing 787) and you have one killer aircraft. 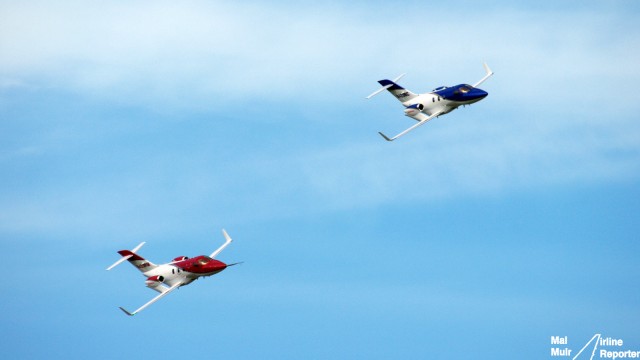 The best part of the HondaJets were when they completed their first dual demonstration flights to an excited crowd at AirVenture. As I stood there looking at them, watching them conduct the multiple passes, it made me wonder: How can such a cutting-edge aircraft manage to sneak in under most peoples’ radar?

The bigger question: if this is a success, what else can Honda build? I can’t wait to find out.