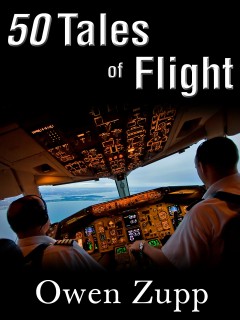 The first indication that something special was taking place was not visual in nature. It was the chatter of American crews transiting the busy route between the mainland and Hawaii. ’œCan you see that?’, ’œWhat is it?’ and ’œIs someone starting World War Three?’ The exchanges peaked my interest, but gave no indication of the location or nature of the commotion. Then there was a hint. ’œThere. On the horizon. Down low. It’s brilliant!’ I leaned forward in my seat and peered into the darkness below. Nothing. Resting my arms on the top of the instrument panel, I cupped my eyes with my hands to keep the glow of the instrument panel to a minimum. Then I saw it. A tiny, bright intense light, like the tip of a white hot arc welder. Almost stationary, it was growing larger, ever so slightly.

Seemingly in a matter of seconds it grew from a needle point to a distinct flame, growing both in mass and momentum at a rate that was difficult to comprehend. ’œWhat is it?’ the other pilot echoed my thoughts, equally astounded. Still it grew each and every second to a brighter and more impressive light, seemingly darting skyward. There was no perspective available to gauge distance or offer an idea of its size; just an ever-increasing intensity. Then someone identified the UFO that was captivating every crew aloft that night. ’œIt’s a launch out of Vandenberg.’

This reminded me of an Alaska flight from SEA to SAN I was on. We were really late departing out of SEA that night. We passed abeam Vandenberg just in time to see a rocket on the pad light its engines and then depart westward for a target that had been launched from Kwajalein. Myself and a boy in my row were enjoying the view as the rocket remained in view for a minute or so. After we could no longer see it we stopped looking out the window. I remarked to the boy, “that was worth being late to see.” Immediately his mother, who was sitting behind me, retorted, “no it wasn’t!”