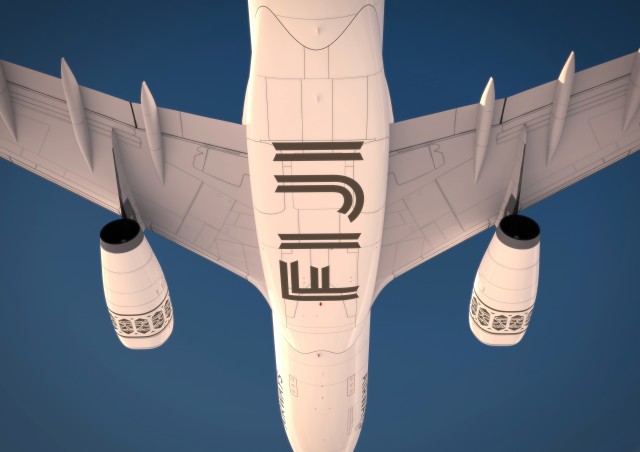 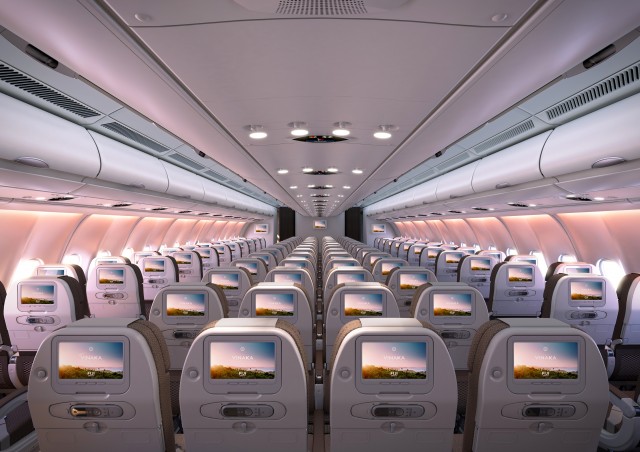 ’œThe unveiling of the new look and features of our soon-to-arrive A330s is the latest milestone in a series of initiatives that are a part of the Air Pacific’s restructuring and rebranding,’ said Dave Pflieger, Air Pacific’s Managing Director and CEO. “We have made significant progress with our turnaround plan during the last 30 months, and have taken great strides to ensure everyone who steps aboard Fiji Airways in 2013 will be able to start their holiday when they step aboard. Service and comfort are top priorities, and these state-of-the-art aircraft promise the best of both worlds.” 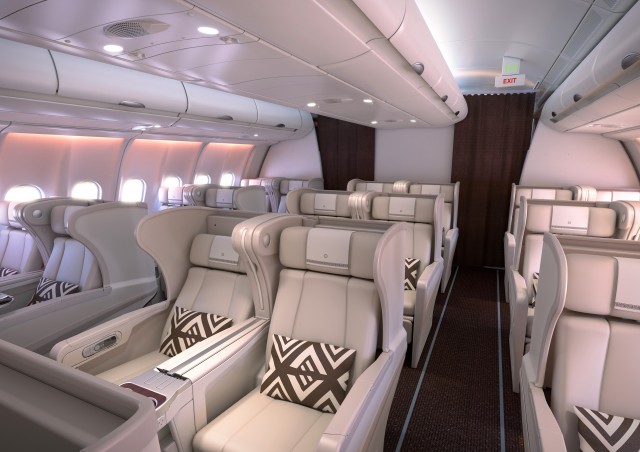 Fiji Airways will offer a new interior product as well, featuring the Panasonic eX2 IFEC in-flight entertainment (IFE) option. This is the same system that I was able to try out on LAN’s first Boeing 787 Dreamliner and let me tell you it is slick.

The 249 economy seats on-board will offer a 7.5″ recline, 9″ IFE screens and access to power outlets and USB connections. The 24 business class will have a 60″ pitch, a bed length of 76″ and a 15.4″ IFE screen. Unfortunately, the business class seats do not fully recline, but quite close with a 8 degree angle.

Correction: in the first paragraph it says “Fuji” where it should say “Fiji”.

wow i love there new livery