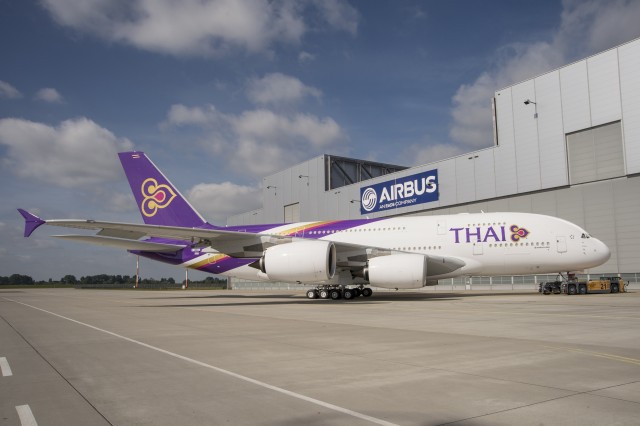 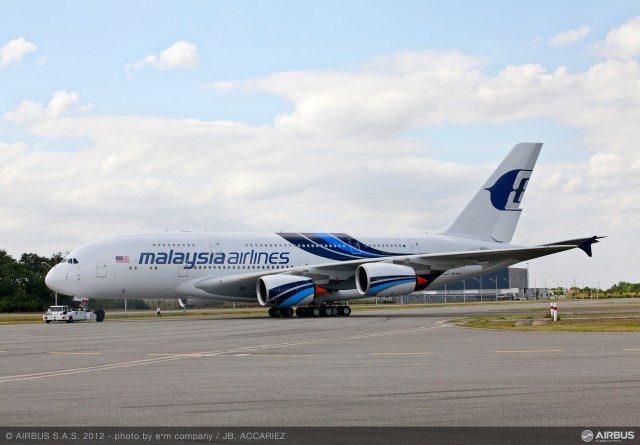 https://www.airlinereporter.com
What Are Your Thoughts on Air New Zealand’s New Safety Video?
Guest Review: Riding the Bolt Bus from Seattle to Vancouver — For CHEAP!
5 Comments

These two liveries actually add a beauty and some refinement to what is the stubby and stocky fuselage (heavy) look of the A380. Everytime I see an A380 I am reminded of the Boeing Stratocruiser which had a similar overall heavy, stubby, and stocky fuselage design.

Love the Malaysia Airlines special colour scheme, however the Thai might look more ‘balanced’ if the gold/purple band and purple rear fuselage was moved forward 20/30 feet to the wing trailing edge.

I agree with the bands being too far forward however I think the only reason the bands are further back is to make room for the “Malaysia Airlines” which would otherwise be too small. In these days where branding is everything.

i agree the! Thai airlines looks very nice though!

thai airlines looks great,best looking a380,malaysia not great ,to much blue,should half red mixed with it like the new a330,just delivered.