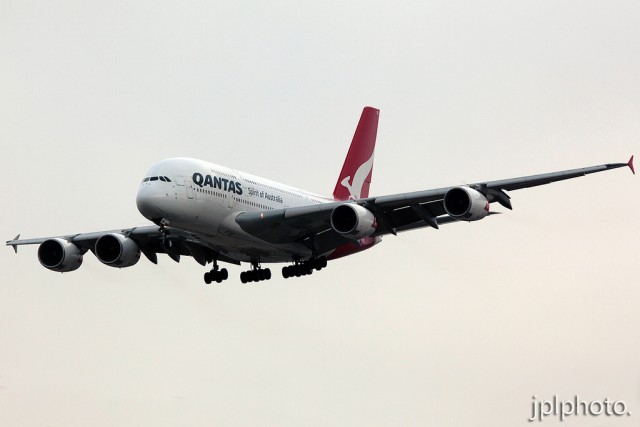 ’œThe eight-week trial will give customers the opportunity to access the Internet in exactly the same way as a terrestrial Wi-Fi hotspot in which customers can pay with their credit card and surf the Internet, including the use of email,’ Qantas Executive Manager Customer Experience, Alison Webster, said.

https://www.airlinereporter.com
Airline Livery of the Week: EVA Air’s Green and Orange
Photos: How to get a Boeing 737-400 in a hangar that is too small
3 Comments

And those of us in cattle-class, with our knees jammed around our ears, and no parts of our bodies intruding on the aisles, lest we get run over by a food or duty-free cart, don’t get this new product.

I am sure this is just for testing purposes. It doesn’t sound like there is a heck of a lot of bandwidth, so it makes sense to restrict who might be able to use it right now.

I am sure if it is decided to move forward, everyone will have access.