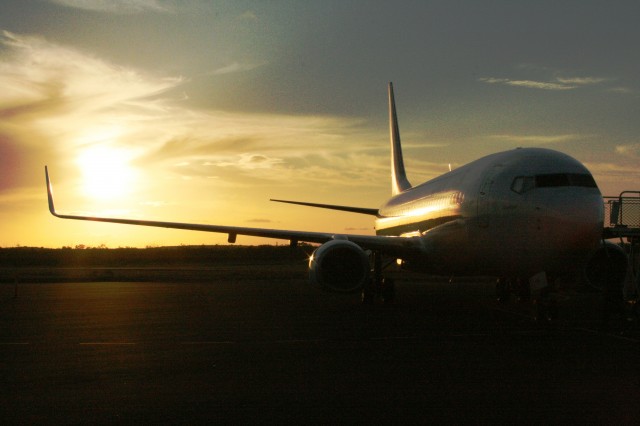 Last week, I shared a story written by Owen Zupp, comparing the Boeing 737 classic to the next generation. What better way to compare them than how they fly? Luckily for us, Zupp has been able to fly both and is willing to share. Be sure to also follow Zupp on his own blog about aviation. Here is his story on the 737 in his own words…

The 737NG is a great all-rounder. In the context of a comparison with the Classic, there are distinct differences from a pilotâ€™s perspective. From handling characteristics and performance to â€œtwo cup holders instead of oneâ€, there are a myriad of differences in the newest steed from the 737 stable. Some are subtle, some are distinct, but the vast majority are improvements for the better while still meeting the â€˜common typeâ€™ constraints.

The majority of pilotâ€™s speak of the NG with admiration. Much of this stems from the re-designed wing and winglets which provides enhanced speed, range and performance. The wing is also a major player from a handling viewpoint. The NG could be described as a â€œstraight line aeroplaneâ€ when compared to the Classic. More like its bigger brothers, the increased weight and enhanced wing of the 737NG translates to higher energy that, in turn, calls for greater planning and anticipation when decelerating. On descent the NG can easily accelerate to its upper speed limit of the â€˜Barberâ€™s Poleâ€™ and whilst the Classic was quite at home being wheeled around the circling area and washing off speed, the NG is a more â€˜slipperyâ€™ candidate and needs to be handled on descent accordingly. In terms of turbulence penetration, the Classic possesses a seemingly more rigid wing that tends to â€œpunch through turbulenceâ€, whilst the NGs wing is more â€œgivingâ€ and tends to ride the turbulence better. Again, this is a feature the NG seems to have in common with the larger aircraft from Boeing. 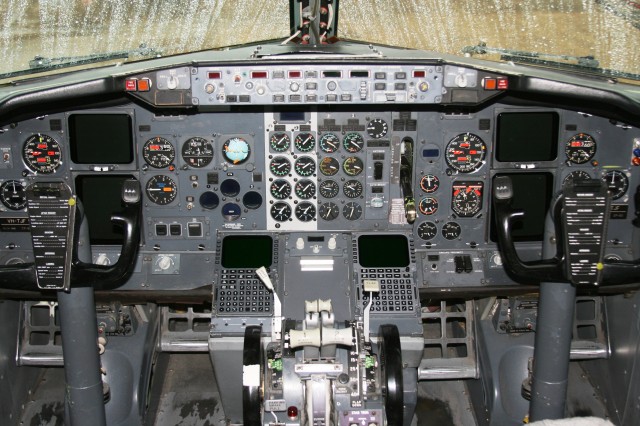 The analogue flight deck of a Boeing 737-400 'Classic' in a 'powered down' state. Photo by Owen Zupp.

The enhanced performance of the NG also received high praise. In the 737-300, the 1700 nm into wind sector between Australiaâ€™s coastal capitals of Sydney and Perth was not possible whereas such sectors are not a problem for the higher powered -800. Additionally, the capability to climb directly to 41,000 feet can prove an operational bonus when performance permits, allowing that extra 4,000 feet to get above more of the weather.

Whilst cockpit ergonomics seemed to have changed little, particularly with reference to the overhead panel, the accuracy of the GPS navigation system is a significant improvement for those up the sharp end. Constantly updated, there is no tendency for the map display to â€˜driftâ€™. The outside world is reflected with precision on the cockpit presentation, which assists greatly in visual manoeuvres such as circling off the bottom of an approach. This was not the case with the older IRS driven maps. 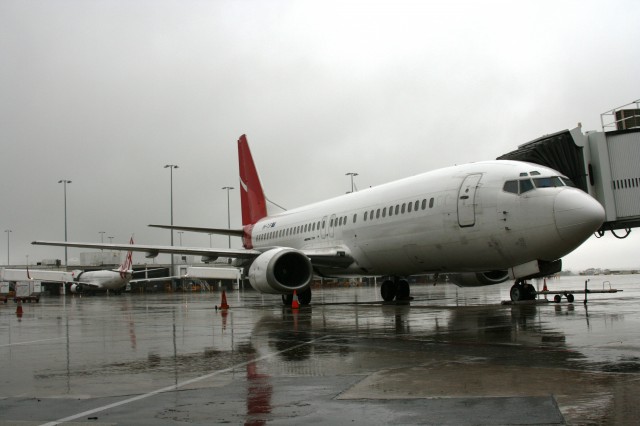 A retiring Boeing 737-400 waits at the gate prior to it's final departure. Photo by Owen Zupp.

The longer fuselage of the -800 offers a potentially limiting geometry on take-off, making a â€˜tail strikeâ€™ a real possibility if the rotation is too fast. Landing the newer variant is also notably different aside from the longer landing distance that is required. With the shorter winged â€˜Classicâ€™, a few knots above reference speed in the flare did not seem to alter the touchdown point significantly. Once its mind is made up to land, the spot is fairly fixed. However, the carriage of excess speed, or flaring too early in the NG can result in the wastage of significant amounts of precious runway. The enhanced wing of the NG means that the aircraft wants to keep flying and will happily float as it slowly decelerates in ground effect. For pilots flying the dual variants it is always worth self briefing this point on approach when hopping from type to type.

Walking around the NG, there seems to be only subtle visible changes to the 737 beyond the prominent winglets. It is longer, wider and with a higher fin than the Classic, but unless it is side by side with its â€˜parentâ€™ these differences are all matters of scale. However, the aircraft does sit higher than its Classic forerunner and consequently allows greater clearance for the CFM56-7 engines that are slung beneath the wings. The trademark flat-bottomed cowlings of the â€˜dash 3â€™ CFMs are not quite so flat and lean towards more conventional round cowlings. Additionally, since January 2005, Boeing has been rolling out the 737NG without the now familiar â€˜eyebrowâ€™ windows above the crewâ€™s main windows. 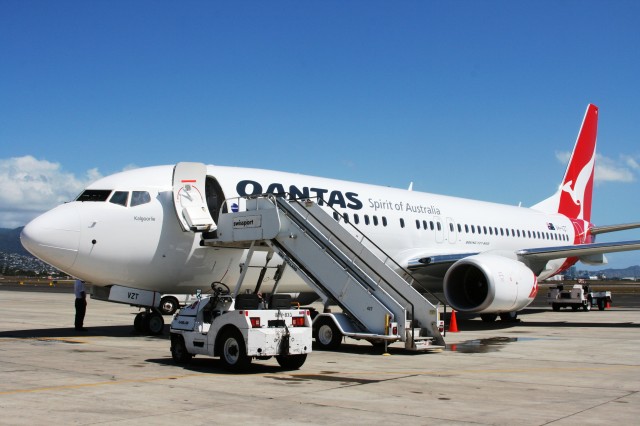 A new 737-800 at Honolulu enroute to Australia. Photo by Owen Zupp.

2012 sees the Boeing 737 turning 45. Even so, it is still a design seeking more efficient ways to achieve its designed tasks. This year Boeing announced improvements to engine and airframe that will equate to around 2% in fuel savings. For the passengers, Boeing have looked to the 787 and given the 737 a facelift with the â€˜Boeing Skyâ€™ interior with newer sidewalls, LED lighting and bigger overhead lockers.

The 737 also has a proven track record that defies time as all marques of this Boeing are still gracing the sky. With such a bloodline it is not surprising that the 737 Next Generation has enjoyed success in the same vein as its predecessors. With ER (Extended Range) versions giving the type even longer legs; there are very few tasks that the 737NG canâ€™t handle.

Forged from the legacy of another tremendous domestic stalwart, the Classic, it has built upon its strengths and alleviated most of the perceived shortcomings. And with the 737 Max now looming on the horizon, It finds that irrepressible the NG family has captured that quality of so many Boeing aircraft; a workhorse for the airline and a loved stallion by its crews.

Another easy way to tell the Classics apart from the NGs (on the ground at least) is the pitot tubes.
Classics – Below the last set of FD windows
NGs – Farther forward by the nose cone

The 737 NGs have different bathrooms