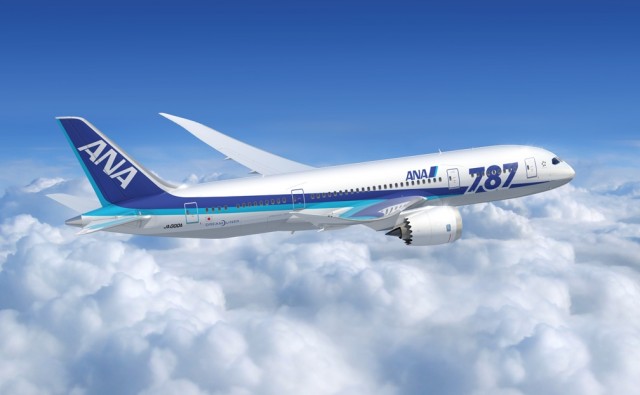 ANA’s first two 787s were painted in a uniqueÂ livery to celebrate taking delivery of the 787 first. Starting with their third aircraft, the airline will have the numbers “787” clearly painted on the side of the aircraft, where the rest of the livery will be unchanged. So when will ANA take delivery of their third Dreamliner? No one is certain, but Boeing is hoping before the end of the year (aka in two days).

Originally, ANA had hope to take delivery of their third Dreamliner in November and wanted to use it on flights from Tokyo to Beijing in December. Instead, it sits at Paine Field, waiting to head to Japan. At least ANA is enjoying the two 787s they are currently operatingÂ (JA801A and JA802A). Airline spokeswomanÂ Jean SaitoÂ told the Seattle Times that, “the first two Dreamliners, operating on domestic routes in Japan, have had a smooth entry into service.”