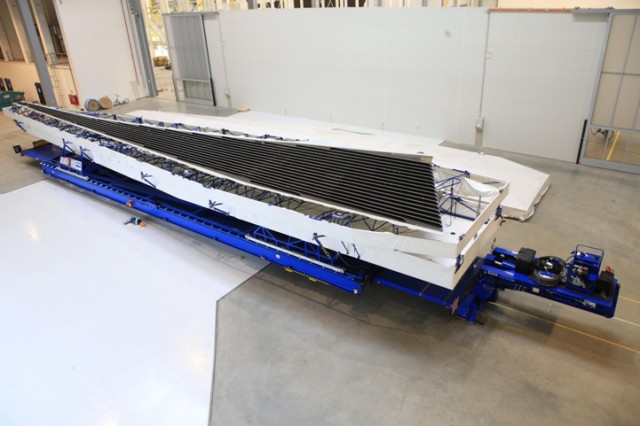 You are probably going to need to be a true airline geek to appriciate this and that is okay. The first Airbus A350 XWB wing upper cover was loaded onto an Airbus Beluga (modified A300 to carry aircraft parts) and flown to Broughton UK where it will meet the lower wing cover in a few days and make a wing. The covers measure almost 105′, making them the “biggest single civil aviation parts made from carbon fiber.”

The Airbus A350 XWB will be primarily have its fuselage and wing made out of carbon fiber. The aircraft will be designed to carry anywhere from 270 in a 3-class layout in the smaller 350-800 up to 550 in a high-density layout in the A350-1000. Although the aircraft has already seen a few delays, it is scheduled to fly in 2012 and be delivered 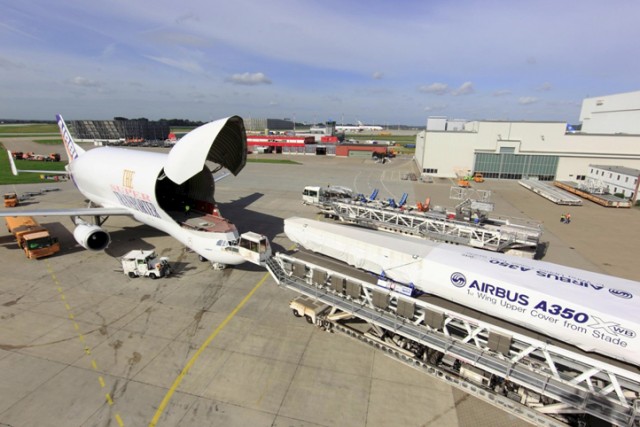 At Boeing I was involved in wing ‘cover’ machine riveting for most of 33 years.
It is difficult to visualise Boeing without a metal wing and only the 787 wing , made in Japan are comparable to these wings.
Thanks