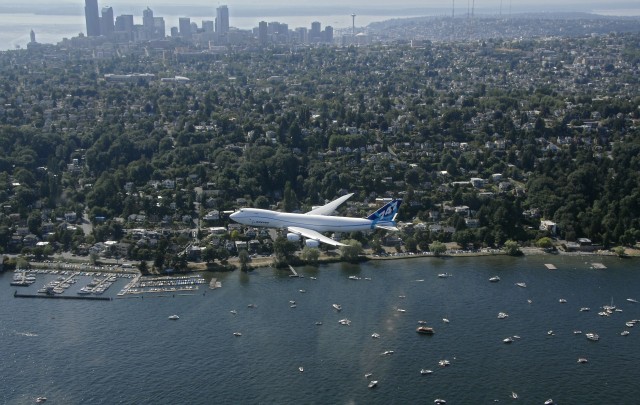 As the 747-8F flies over Lake Washington, I had a fun idea… Why not build one on FLOATS? That would be one interesting take off. -C.

Congrats to Boeing. It will indeed be interesting to see which between the 787 and 747-F gets delivered first. My bet is on the 787. ANA has it in their hands. I’m sure they’re eager to get their baby airborn.