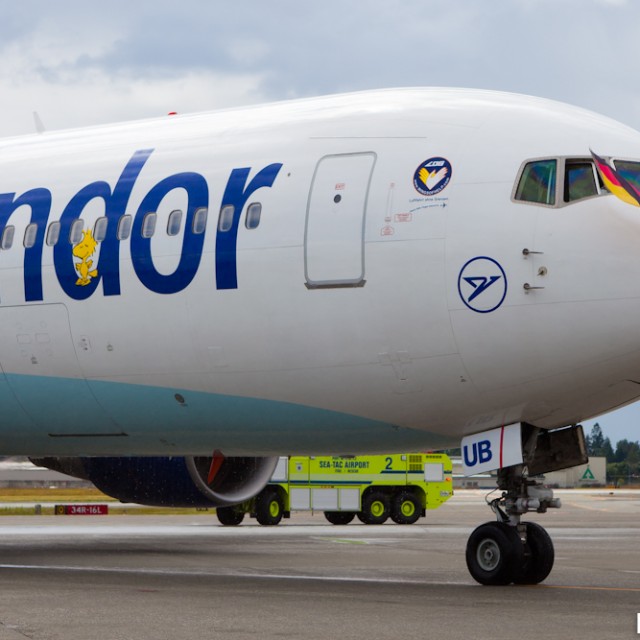 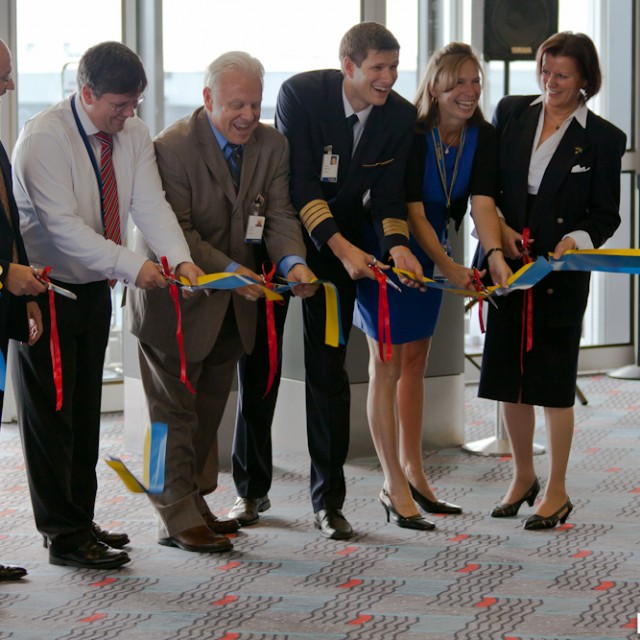 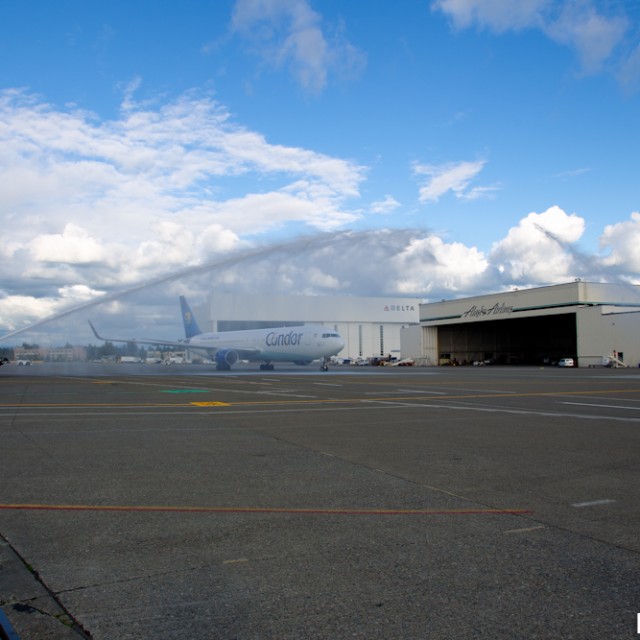 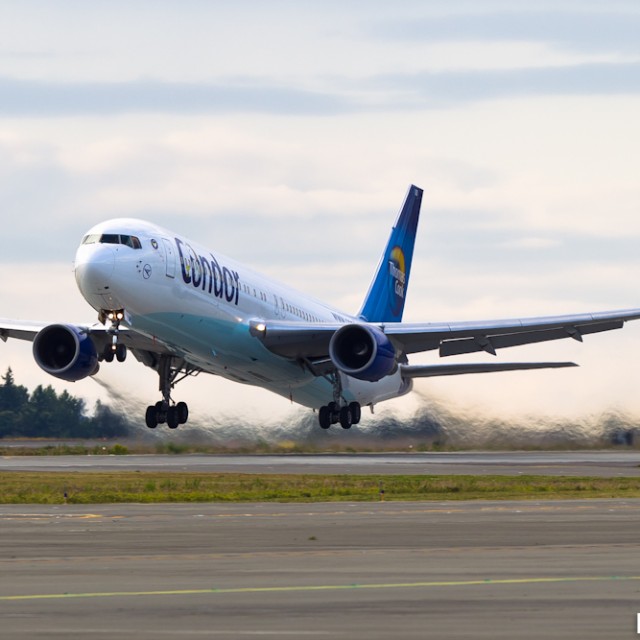 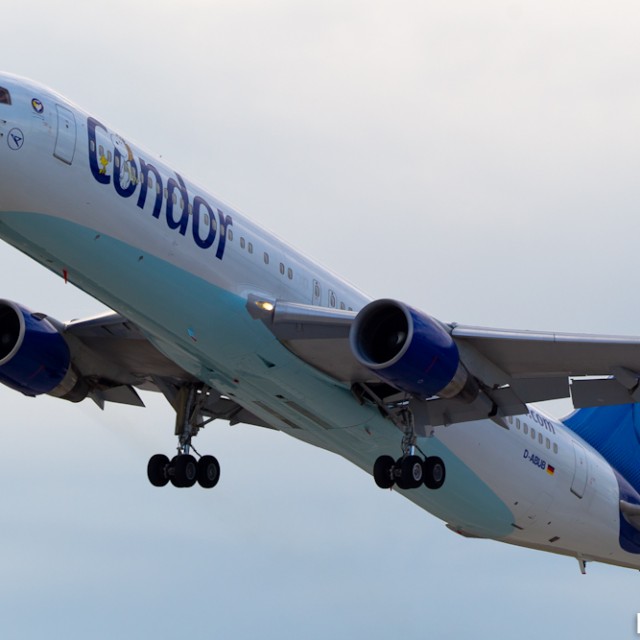 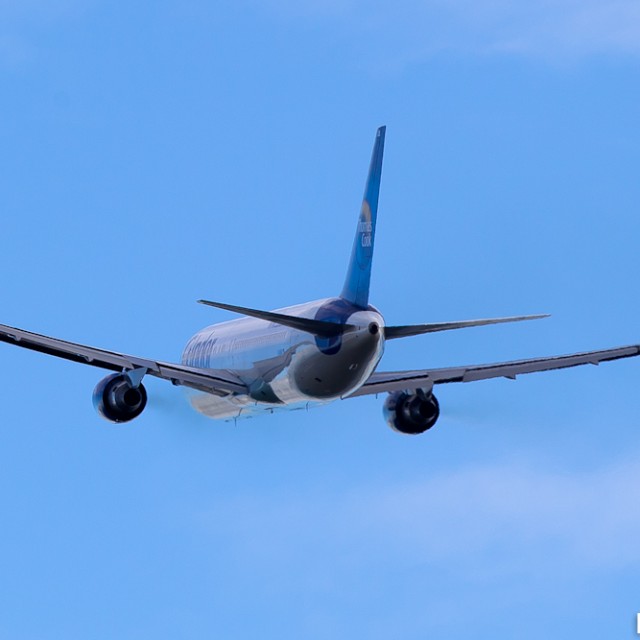 Very cool name for an airline. Snoopy and Woodstock on the livery are cool!

I do like their ad campaign for Premium Economy – Charlie Brown is relaxing in one seat, and Snoopy is sleeping on the armrest!

It’s funny the timing of this post. I have a Condor flight to Frankfurt on the 30th. I live in Fairbanks which is the smallest city in the US with direct flights to Europe. That’s a pretty cool statistic to hold. They’ve been flying here for about three years now and everyone is pretty happy with the arrangement I think.

Shouldn’t the Snoopy be on top of the fuselage? =)

Is Condor still part of LH? If know, Condor is very first LCC type of operator.

They are not, although the blue and yellow bird logo can look similar. They are part of Thomas Cook.

I was on the ground at the gate when Condor pulled in to Seatac. I took a lot of pictures. @ Mawestpac; Condor is associated with LH, but is a part of the Thomas Group (the tail design reflects this). LH turned over the majority interest to Condor in 2002. I think LH still has 8% interest in Condor.

Do you have photos online anywhere?

Sorry David, I don’t post my pictures on-line. But I said that LH turned over interest to DE when I meant to say that they turned over interest to the Thomas Cook Group in 2002. There were many LH people there though and an LH manager came to my office along with a Condor rep to check on my files. I don’t mind sharing if there is another way to do it.

We cam with an Condor liner on 14.08.2011-USA company QAI or what ever,from Punta Cana to Frankfurt on a chair with the backrest damaged: the back of the chair was clamped with an wire!!!, in a plane with maintenance boy on board.
Unbelievable still they came on time and we catch our connection in 50 min. to Bucharest.
All the best
Alex

I do not disagree with this writing!