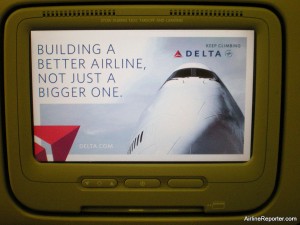 https://www.airlinereporter.com
Aviation in Seattle: An Inside Look How the Museum of Flight Restores Their Aircraft
Behind the Scenes: How Boeing Delivered Air New Zealand’s First 777-300ER
16 Comments

United’s move will be to keep E+ on the current planes and get it on the Continental planes sometime in the next decade. I’m not sure if free drinks will be had, and I find the likelihood to be around 0 for early boarding.

United actually tested out free drinks on E+ for a little bit. I was hoping it would stay, but it did not.

UA’s E+ was nice when they offered it to tickets booked in full Y, but when they added a fee to someone paying full fare for those seats it became an elites or cash only club.

Hopefully Delta won’t be as stingy.

Delta is even worse, charging most of their elites.

I”m impressed, I must say. Really rarely must i encounter a blog that”s both educative and entertaining, and let me tell you, you have got hit the nail on the head. Your idea is outstanding; the problem is an element that isn’t persons are speaking intelligently about. I’m certainly very happy we stumbled across this in my search for something on this.

Has anyone actually flown using the Economy Comfort? Don’t really care how it compares to United just want to know if anyone who has flown a lot noticed a difference or not. Thanks for your time.

I flew United Economy Plus transpacific last year. The extra room was nice, but didn’t make up for the lousy food and entertainment on its 747. When Delta upgrades is 747’s to have personal entertainment in its 747’s then it will really make a difference.

I don’t fly on Delta, because their in flight staff voted against union representation. If their employees think so little of themselves on the ground, I shudder to think how little they care about passengers in the air. I’ll stick with United, thank you very much!

Uh Paul…could you explain how union representation would make the comparison of comfort in either class important? You seem to interject this “I be a union F/A” stuff into a lot of these comments not related to the topic being discussed!

Delta Economy Plus was a complete waste of money! My wife flew between New york and London on a Delta 767-400. The food was inedible. The seat was just the same as the regular economy seat. If there was any more legroom then it was difficult to tell. My advice – Do not waste your money! Delta clearly opted for the “cheap” solution. They had to say that they had an Economy Plus product, but they took the low road. This seems to be a common Delta practice. Delta should observe what the foreign airlines (Lufthansa, Air France, Emirates) are offering. they would then see how far behind the curve they are.

I disagree you cannot notice the legroom on delta economy comfort. I am 6’4 and flew transatlantic three times with Econ comfort, then went back to regular economy. It.. Was.. Torture. I cannot sit without my knees touching the seat in front. With comfort, I can. A tall person’s perspective

Does anyone know if electrical outlets or Internet (at least over land) are available in either Delta’s Economy Comfort or United’s Economy Plus US to China? Thanks.

I was on Delta 141 from Brussels to JFK on September 28 (767-300). Economy Comfort was a very nice surprise. Not only did the seat back recline further, but the actual seat bottom shifts forward. While not a true cradle, it was very comfortable. I am 6’3″ and 230 pounds. There was one 120 volt socket for each pair of seats. Each seat got a USB port. I actually felt like they over-fed us on the flight (Lunch, ice cream, hot pocket snack, free drinks). The inflight crew was hugely attentive. My only complaint on this newly renovated 767 was that it still had small overhead bins in comparison to the United (Continental-purchased) 767’s. I came here looking to see how United’s E+ is rated versus Delta. I was going to try them for an EWR=>Narita.

I have flown both Economy Plus on United and Economy Comfort on Delta. I’ve done multiple flights US to China on United at 13 hours. On Delta I’ve doe one 17 hour and one 10 hour. I average about one long haul a month.

I think it makes a HUGE difference. You can move your legs. When the seat in front of you reclines you can still eat your meal on the tray table or open your computer. I found Delta and United similar in this area. Glad they did this for those of us for whom Business Class is not an option.