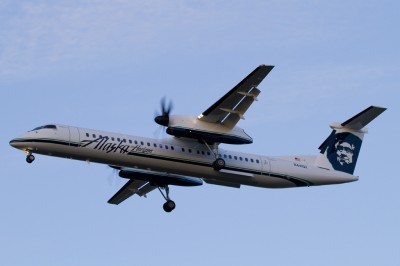 Yes sir, they are out and about. Wild and weird.

The MD-80 and B737 are not the only jets to bear Alaska’s current paint scheme. When the current livery was introduced in the early ’90s, AS was still operating the B727. These were also painted with the current livery. So the Q400 is actually the 4th aircraft type. I like the fact that they pay homage to Horizon on the Q400 variation.