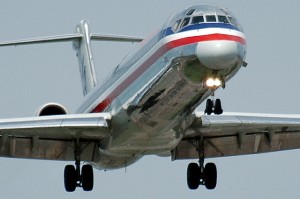 Although some airline food can be quite good, I would say most airline food is not the best. No matter how bad the food, I certainly wouldn’t go suing an airline for getting an upset tummy.

A Puerto Rican woman is claiming she ate a lizard on her recent American Airlines flight. She states that on her flight from New York’s JFK airport to San Juan, she was watching a movie, eating her in-flight meal, when she inadvertently ate this supposed lizard. Now, don’t just take her word for it… she has a witness. Of course this witness just happens to be her 5 year old son, who claimed that the food she spot out was in fact, “an animal.”

Now she stated in Federal court that after chewing for a bit, she spit out the meat she couldn’t swallow and then claimed it was a lizard. So, let’s imagine for a moment this is all true. That somehow a lizard got into her food, she chewed on it for a bit and spit it out. Although she claims she, “wanted to die”  and became bloated and had diarrhea after her meal, no way is this worth $15 million. Maybe American could give her a free trip voucher and a meal at a nice restaurant in San Juan, but it seems unlikely a lizard was in her food.

American’s attorney states, “there may have been some feathers, or what looked like feathers . . . but there was no lizard.” I am not saying that some bad meat with possible feathers is anything that should be in airline food (or any food for that matter), but it is surely not worth suing over. I guess her 5 year old son was right… it was an animal. I just doubt it was the kind of animal she claims it to be.

https://www.airlinereporter.com
Get Your Airline Podcast Fill With Airplane Geeks
Director Kevin Smith Gets Angry at Virgin America – Then Gets Happy
5 Comments

American obviously mixed up her meal with Anthony Bourdains… 🙂
All I can say is always choose the pasta.. if you have a choice.

woman “you are dumb, you are really dumb… fo real”

Give her a cheque for a restaurant: All you can eat..!
Just stupid, but according to Ralph Naider’s advice, that guy is guilty for court action absolutely incredable!!!

Her ‘claim’ is worth the retail value of the meal; no more and no less. Unless she can demonstrate serious physical injury, (not friggin likely)the airline probably owed her about $4.50. Get over it, lady; stuff happens. if you don’t like the odds, don’t fly or don’t eat, or both. I don’t want to be a hard-ass here, but welcome to the real world! If this twit has been ‘damaged,’ she has done it to herself while imagining a nice deposit to her bank. And the lawyers just feed the idea. Nuts, I say! Airplane nuts are often pretty good, so give us more Nuts!