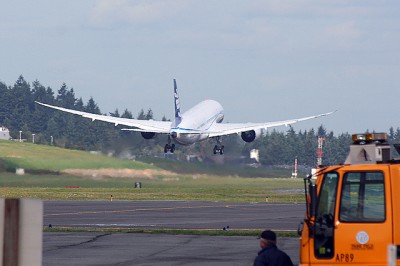 Its a sign of the times I guess. Seems like just months ago a 787 first flight was covered by national networks down to bloggers such as yourself. Now we get video at a later date. Bummer. Glad I forgot about it as I’d be miffed going around the web trying to find some live video this afternoon. As always I appreciate YOU covering the flight.

Well I might be blogging about it, but I couldn’t be there this time :(. Boeing should be posting a video of ZA006 flight and I will be sure to link to it.