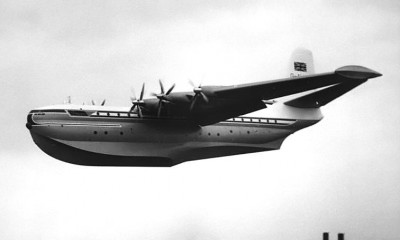 https://www.airlinereporter.com
CONTEST ANSWER: How many flowers does it take to lei an Hawaiian Airlines Airbus A330?
Fun With Airline-Related Advertisements
2 Comments

I have one of these Saunders Princess SR45 Vintage flying Propliner Boats in my Hanger now, I fly it often too, its a Beauty too, I Chromed the bottom of the hull it looks so much better ! I’m only able to fly it tho in my Microsoft flight simulator FSX Edition. The joys of Flight Simulation !!!

i remember seeing these magnificent flying boats everytime i went to the beach at calshot or went across to the island.
so sad that nobody thought to preserve one as a tourist attraction (think of howard hughes “spruce goose”!)
Shame on UK!