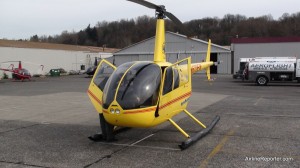 As a kid I grew up watching Airwolf (yes, it is on Hulu now) and even looked into flying Dolphins for the US Coast Guard after college (changed my mind). I have grown up flying in small planes, but always have had a fascination with helicopters. I have come very close to flying on a few, but none of them panned out. Flying in a plane is awesome, but you have to keep moving forward to create lift. You can fly by and over things, but you cannot hover. Aircraft also have to follow  stricter rules on where they can and cannot fly. 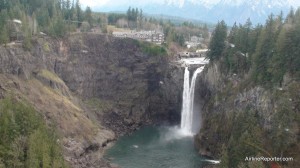 I felt like a kid, having the opportunity to fly in a helicopter for the first time. I wasn’t only getting to fly in a helicopter, but in the front seat, leaving from Boeing Field (BFI), where three Boeing 787’s live.  As I pulled up to BFI one Boeing 787 Dreamliner took off, and as I was leaving a second one took off. Even though I still love seeing those wings flex,  what happened on the helicopter ride was even more awesome! 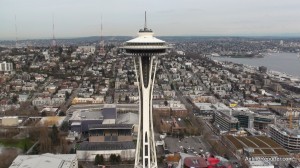 The first thing I noticed was the large windscreen making it easy to see forward. During the summer months, the side doors can be removed (picture from their website, not my flight), really connecting a passenger to the flight. Since it was about 40 degress, Baker decided to keep the doors on — which was a good call.

After taking off, we swooped east, then north and got a great view of Mount Rainier. As stated before, I grew up flying in small planes with my father around the Seattle area, but never this close; it was pretty amazing. After buzzing by Seattle we headed east towards Snoqualmie Falls. It surprised me how much open farmland and woods are still to the east of Seattle. We also got to see a lot of crazy-big homes. How do so many people have outdoor pools in Seattle? Anyhow, once we reached the falls, it was breath-taking! 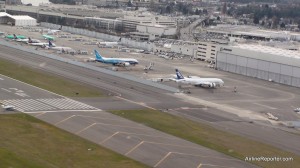 The flight time was about 45 incredible minutes and of course I could stay up in the air all day. Baker has only been doing this for about two years and loves flying  around Seattle and the northwest. One of his best experiences was flying the helicopter from California, up the coast to Seattle (I volunteer to go next time 🙂 ). 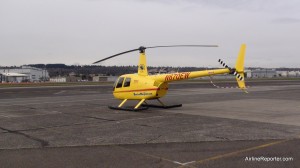