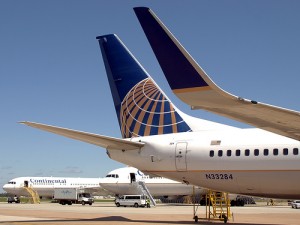 Yesterday, Continental Airlines announced they will be cutting their free food for most domestic flights starting near the end of the year. The airline will charge for meals in economy on all domestic and Canadian flights of less than six hours. However, they will be keeping free meals on longer flights and still offering free peanuts and drinks on all flights.

There is a lot of rumbling on the internet of “another airline caving in” and screwing over the passenger. However, I see this as a smart move and was really surprised Continental held out as long as they did.

Free food is almost non-existent on most domestic flights anywhere in the world. Passengers have come accustomed to not eating or buying food on board. I would assume that most leisure passengers weren’t even aware that Continental still served food, but it would be a nice surprise when aboard.

If passengers have the expectation to not get free food, why should Continental pay for it? Plus Continental can make additional revenue by charging for food and maybe lower their prices.

Would I love to have free food while flying? Of course. But I understand Continental’s move and with passengers demanding the lowest fares possible, I think it is a smart move for Continental to do this!

Most food is payed for on the airline anyway, it’s included in the ticket price and any on board snacks are paid for there and then.

Offering free food was one of the benefits of flying domestic coach on Continental…it place them apart from all of the other airlines..it made it special. Now it will become just another airline, trying to cut corners and further lower passenger comfort, were width and pitch of seats are already barely acceptable.

I think the problem was most people didn’t know they still had real food. Or at the time of booking passengers didn’t care about food (they weren’t hungry then) and just wanted the cheapest tickets.

David,
If you book on-line, the Continental flight reservation page indicates if there is a snack/lunch/or dinner/or no food, depending on flight departure time. Consequently, if you book on the Cont web, you know what to expect. If you have a travel agent, they would normally indicate if food is available on a particular Cont. flight. If you are going to book a flight on Continental, you know what to expect with onboard service since its well indicated, as it should be, since its a perk compared to the other airlines. This change in policy may be related to the new air alliance (Star Alliance) that Continental joined late last year…the group wants Continental to be the same as the others and start to nickel and dime the passengers.

Wow, I didn’t know that there was still airlines that offered free food. I usually take something on board if I know I’ll be hungry. Good for Continental! I don’t mind at all. I’ll be flying on the airline tomorrow!

Friends,
Now that Continental has announced that they are negotiating merging with United AL, it comes at no surprise that they will also stop serving meals in future flights. United does not serve meals on their flights. With Continental changing to the United name and policies, they will also need to change the customer perks they presently have. Keep in mind that United has the worst customer relations record in the industry and will bring Continental to the same level.

One can understand requiring customers to pay for their own meals when tickets for a domestic flight have been sold extremely cheaply, but this should not be the case where passengers are paying standard fares.

Anytime I flew CO, people were pretty surprised when flight attendants started serving free meals. It was one of many aspects that set CO apart: excellent flight attendants, friendly ground staff (except in EWR), clean aircraft, blankets/pillows and free meals.

CO got out of their crisis in the 1990s by becoming a high quality airline and they stayed relatively healthy (compared to the rest of the industry) over the past ten years by staying that way. Shame to see that change.

I am hoping that CO will bring UAL to their standards. But we already know the meals are leaving soon!

I agree with Tim. The cost of the food is already included in the ticket price

Yeah its really customary for planes to sell… If there was free food then it would be really great.. But considering the money costs now, it would be scarce to find one…

Shame on all the airlines for cutting out free food service for their passengers. It is all about greed- raking large profits for the executives and shareholders.

I think you need to look at the history of airlines and profits. Other than this last year, the airlines have been badly losing money since 9/11. Gas prices have gone up, demand has gone down for air travel while demand for the cheapest tickets possible have gone up. With cutting free food, airlines are meeting the demand of passengers who want the cheapest tickets possible. It is not about laughing all the way to the bank.

I would be willing to pay a bit extra ($9.0 or $10.0 added to a ticket) for a decent meal on a long flight. I’ve flown on AA when even purchasing food on board wasn’t an option because they ran out! Snacks weren’t available either. That is absurd. Sometimes there isn’t enough time to purchase a meal before boarding.

The thing is most people are not willing to pay the extra money in their ticket price and that is why airlines have changed their business model. It is bad for an airline to run out of boxed food and snacks — those things do not go bad.