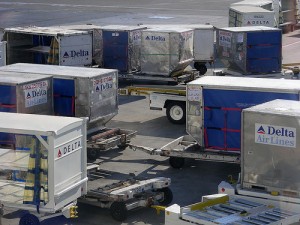 07/25/17 My son just came off a Delta flight from York, PA to San Jose, CA, said his luggage, clothes, now his rental car and hotel room reek of this awful smell. What caused the odor and is it toxic? Any suggestions I can pass on to help?