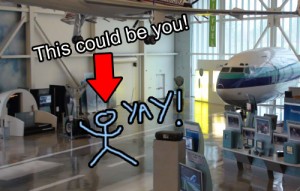 Enjoy!!! Wish I could be there. Good luck on the drawing!