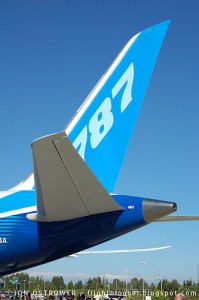 It has been hard to think about this with an outside perspective. I grew up in the Seattle area; I remember as a child driving by the large hangars in Everett, hoping they would be open so I could sneak a peek at what they were building.Â  I recently bought a house and was delighted to find out it was on one of the flight paths for the airport where Boeing builds the 747, 777, and 787.Â  Recently I was lucky enough to catch a Dreamlifter flying overhead, which others might find as a negative, but as an aviation nerd, I love it!

Due to my attachment to Boeing as a local company, my initial reaction to Boeing choosing South Carolina for their 2nd assembly line for the Boeing 787Â was shock. How could they? Of course, many on the local media felt the same and you could see the anger and disappointment. There was a lot of blame. Some said it was the union. Others said that local government wasn’t doingÂ enough. Others said the move of Boeingâ€™s headquarters to Chicago should have been the warning sign.

But after taking some time and reading a lot about their decision, I have to say I understand it. I realize why Boeing made this decision and it is not just one factor. Here are the reasons I feel it might have been a wise choice:

* Cost of living: The Seattle area is well known for having a high cost of living. We have a lot of big companies housed here: Boeing, Microsoft, Amazon, and Starbucks, just to name a few. Along with these big names come big paychecks. For Boeing to keep qualified workers in the Seattle area, they have to pay them higher wages. Charleston doesn’t have the high cost of living that Seattle does. 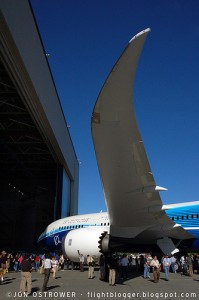 Wing of the Boeing 787 Dreamliner

* Less environmental concerns: Seattle would like to say it’s a green, environmentally friendly city. Even though no city would want to admit they aren’t, Charleston and South Carolina don’t have the environmental restrictions that Seattle and Washington state have.

* No union labor force: Boeing workers in the Seattle areaÂ have grown large unions. These unions have helped many workers get the rights and pay they have today, but unions can take a big chunk out of Boeing’s bottom line. The unions have gone on strike multiple times in the Seattle area, causing billions in loses. By using a non-unionized workforce in Charleston, Boeing doesn’t have to worry about their workers going on strike.

* Moving global: Boeing has created a global supply chain that makes needing all production in the same place obsolete. Of course some can argue this new global supply chain has caused some of the delays for the 787 Dreamliner, but it is mostÂ likely the future model of airplane construction.

*Â Defense contracts: Boeing doesn’t just build commercial airliners. They have multi-billion dollar defense contracts. To help them keep these contracts, they need to spread jobs and production across the US as much as possible.

This doesn’t seem like a quick decision on Boeing’s part. With plans to start construction next month and planes to be completed by 2012,Â one can only assume that they had their mind made up for quite some time.Â  Most who work on the current 787 line in Everett feel cheated. However, this might be a great opportunity to show they are the best and they are worth the extra money. Boeing will soon be looking at building a replacement for the Boeing 737 and 777 and the union and workers have the opprotunity to show that Everett is the right place for Boeing to build. I believe that is true and I hope Boeing will be able to see this in the future.

Although I like to think of Boeing as this place that creates wonderful flying machines, they are a business and need to do what is best for their future. I hope that Boeing can see that no one other than the Boeing workers in the Seattle area can build a better plane!

Presumably, by the global supply chain cost of living and union arguments, it is only a matter of time before Boeing moves a another line (like the assembly of some Airbus A320) to China. Where workers rights will be even less of a problem.

Is this just another race to the bottom for human working conditions?

I know there are some people (especially in the Seattle area) who care if they are flying on a Boeing and will refuse to fly something else, but not too many have that sort of brand loyalty with flying.

The power bill in Seattle is 4 times what it is in Charleston South Carolina you have cheaper electricity and you must have electricity. West Coast Needs to build some nuclear power plants and stop there energy dependence on other states. West Coast highest power bills in the world. Liberals cannot survive in this economy.

Take the same Boeing workers and place them somewhere other than Seattle…and the planes they build will not be as good? If that is true, then it’s the location rather than the workers that make the difference. If that is not what you mean, then we must assume that Boeing workers can build a plane at least as good regardless of where they are, including North Charleston.

The training and skills for building Boeing planes has been around the Seattle area for a long time. Sure, there will be some people that will be asked to move to SC to help start up the assembly line there, but overall you are not going to get the number of people in SC who will have 5, 10, 15, 20+ years of experience building Boeing commercial aircraft.

Very true, but also important to note just how different the assembly of the 787 is from previous Boeing airliners. Some skills transfer, others do not. Also important to note that Charleston has a sizable pool of aerospace talent of its own, and it’s not as if Boeing can only find workers there or in the Puget Sound region. Airbus is pretty confident that they could build A330 tankers in Mobile, Alabama, so Boeing is not alone in thinking that a new plant can be adequately staffed.

The 787 is very different than any other airline made previously. Boeing must (well at least hopefully) feel they can get the skilled workers there, but they won’t have the loyalty since they will be newer workers. People at SC can’t say “my father, uncle, brother, etc” worked at Boeing to make the _______.

But like I said, I know I have the bias of living in Seattle. 🙂

what about local and state wide incentives and benefits (such as say tax abatement or a favorable rate for the first X years of operation). a lot of these behind the scenes incentives are not publicly discussed, but i wonder if anything of this nature was involved. all other points are definitely true. labor is cheapers, (union vs. non union), cost of living, strategic placement….several factors of course.

It would be interesting to know how much of the delay was caused by the global supply chain of the different sections of the 787. I am also amazed at the lack of media outcry of the 787 delay compared to the A380. I don’t know how Boeing did it but cudos to them.