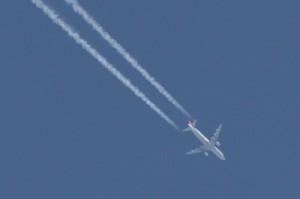 Unfortunately, Delta doesn’t play that! Those two pilots will never see the front of one of their aircraft again, except to get their belongings. ” Heated debate” lol, i’ve never heard such BS. The debate was probably over who would get the axe first. Just admit you were sleep on the job and leave the company with a little pride. I hear DHL Cargo is hiring.

If I was DHL, I wouldn’t want them flying my cargo. Sure no people to lose their lives, but a very pricey plane, cargo, and reputation.

They were getting it on in the cockpit.

Check out that planned route vs. the flown route. Anybody else see catastrophe written on that?

I”ll bet those pilots are scared $ hitless someone”s going to rewind the tapes and hear snoring. Then again, they may not have been sleeping. After looking at that actual flight path diagram vs. planned flight, I”d say these boys were celebrating the new reefer reform legislation.

We have been working diligently on a solution to this problem and whipped up a prototype today. http://bit.ly/Of46E

Edgar you are the man & the faa should put you on retianer to install you plan on all planes. not just for sleepy pilots but also for those incessant anouncements that the airlines always present in flight or if the food is crap(always) or if there is turbulance (fly around for christache)or if your in a holding patern or any other reason to motivate the crew