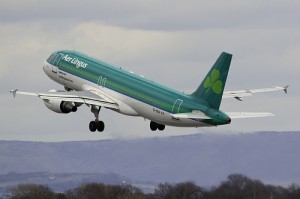 The flight crew of an Aer Lingus flight from Dublin to Paris gave their passengers who knew French a little scare. About 20 minutes into the flight all 70 passengers that were aboard the Airbus A320 were played an automated message in English letting them know the aircraft was about to pass through some turbulence. It was directly followed by a second message that was only in French. As the passengers who knew English were making sure their seatbelts were fastened tightly, others that knew French were getting a very different message.

The new message told passengers the plane was about to make an emergency landing and that passengers should take note of the emergency exits. At the time, the aircraft was flying over water and people feared the worse.

A passenger aboard the plane explains that all the French started freaking out, some cried and some started shaking. It took a few minutes for the flight crew to realize what happened before calming the passengers. The airline apologized and explained that mis-playing messages is a rare occurrence.

Had to go translate that 🙂 “It’s their fault for speaking French.”

I would say it is more the airline’s fault for having staff that doesn’t know French or maybe doesn’t listen to their own messages in French :).