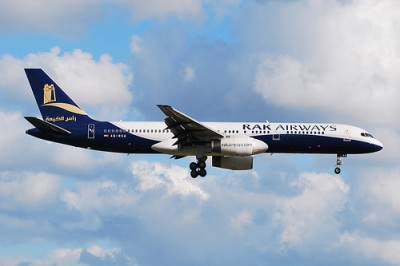 Rake Airways was the main airline for Ras Al Khaimah, part of the United Arab Emirates. It started operations in February 2006 with “an ambitious expansion program,” as their website states. However, if you go to their homepage, you will notice there is not a site.The airline halted all operations in May 2009.
Image: BrusselsSpotter
Airline LiveryLivery of the WeekRake Airways

https://www.airlinereporter.com
Will Wi-Fi on Airlines Ever Be Free?
VIDEO: Frontier Airline’s Animal Tails