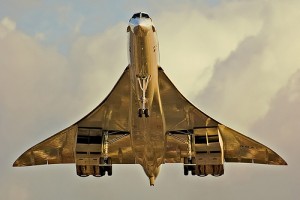 When the TU-144 and Concorde first went into service in the 1970’s , it was a time of aviation excitement. BothÂ  aircraft had the promise to completely revolutionize commercial transportation, providing speeds over twice the speed of sound (around 1100 mph vs 500-600 mphÂ for otherÂ commercial airliners). Most thought the supersonic transport (SST) would replace other aircraft, to become the norm in general aviation. It was thought the sonic boom experienced when a jet goes over the sound barrier would become part of daily life, and people would be willing to live with them to have fast transportation.

The Concorde and Tu-144 might have looked similar, but AÃ©rospatiale-BAC’s Concorde was superior in its avionics and capabilities. It has its first flight in March of 1969 and entered service in 1976. During that time, the first two prototypes traveled the world to build excitement and there were 70 orders for the plane. However, many orders were canceled after an oil crisis caused financial difficulty for the airlines, the crash of the similar TU-144, and concerns about the sonic-boom not being acceptable in populated areas. In the end, only British Airways and Air France took delivery of the Concorde. The plane was flown until 2003 when Air France flight 4590 crashed in France killing all 109 people aboard and raising questions about the safety of the aircraft. The aircraft was retired on November 26, 2003. 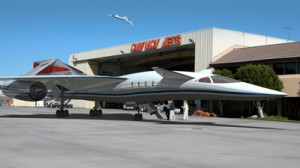 There was hope in the early 90’s for a resurgence of SST when a wealthy businesswoman, Judith DePaul, worked with Tupolev and NASA to use a TU-144 as a testbed for additional SST research. Over $350 million was spent on retrofitting the mothballed Tu-144 and it made a total of 27 flights through the 90’s, but was canceled in 1999 for “lack of funding.” Today, the aircraft is rusting away in storage with little hopeÂ of Â being used again.

Who knows where the future will go for SST? Will the start of space travel help in the development in the next SST? I would think there might be some overlap. There are those that already talk about post-SST and moving to hypersonic flight , but that is going to be far out in the future.Â  It seems it might be most beneficial for the technology to start on aÂ smaller scale. It looks like smaller companies might create SST business jets and allow the wealthy to help pay for the development of the technology. As the technology grows, becomes more accepted and less costly, larger aircraft manufacturers could pick up the production of SST aircraft and usage would spread.

Just found your blog on Technorati & Digg upcomming news feeds and read a few of your other posts.
ISeems good contents,Keep up the good work. Look forward to reading more from you in the future.

You bet SST will make a come back. Have money? Aerion Corporationâ€™s Aerion SST costs about $80 Million.

I think it will come back in a very different form than the Concorde. I am thinking more RAM-jet-like.

The problem is getting the demand. I think it will take an outside company (ie not Boeing or Airbus) to really spark the SST market again….like those fine rich folks with $100’s of millions burning holes in their pockets 🙂

There is certainly no information about anyone working on that. The 2 aircraft, Concorde and the Tu-144, never made any money. I think that the airlines that operated them are still getting over the losses and it left a sour taste in their mouths. I don’t think it is out of the question, but it will be around at least for the next 10 years I would expect.

Is really hard to decide…
Concorde spent a lot of money to build and design.
Even FAR/AIM published restrictions of Supersonic speed in US airspaces…
Looks like is gonna be really rough way…
My personal thought is… IF whole population in US want SST back on track specially to USA, they should talk with FAA to restate the FAR/AIM regulations about SST.

“Tricky Dickie” (President Richard Milhous Nixon) sent Henry Kissinger to China. Mr. Obama should sent Hilary Clinton there to say to the Chinese that we are ready to build the next generation of the SST. If China wants in, we’ll listen, and if they don’t, then we go to India or Saudi Arabia et al, and pull out the plans that are 40 years old, up date them. In ten years it’ll be in the air. Too bad it can’t be like the XB-70 Valkyrie. RW

It will take a LONG time before it’s practical. With normal jets, we already can get (almost) anywhere in the world in a day so SST’s don’t help much. Round-trip is ~1000, 10 times cheaper than the Concorde (more like 20 times considering fuel prices).