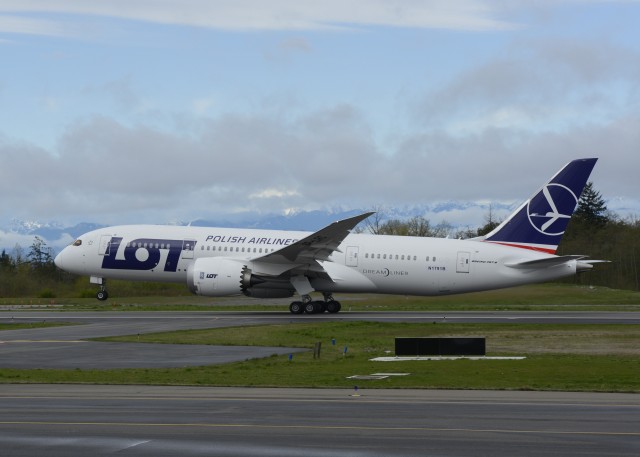 “Our top priority is the integrity of our products and the safety of the passengers and crews who fly on them,” said Boeing Chairman, President and CEO Jim McNerney. “Our team has been working around the clock to understand the issues and develop a solution based on extensive analysis and testing following the events that occurred in January. Today’s approval from the FAA is a critical and welcome milestone toward getting the fleet flying again and continuing to deliver on the promise of the 787,” heÂ said.

Flight Global stated that fix teams have already been dispatched out to Narita, Japan to start modifying the 18 Dreamliners that are on the ground there as soon as they are given authorization. Along with the other ANA and JAL 787â€™s that are scattered around at different airports across the country. It is believed that it will take about four to five days to retrofit each aircraft.

It is expected that the Japanâ€™s Civil Aviation Bureau (JCAB) (Japans version of the FAA), will follow the FAA’s decision to allow the Dreamliner to fly, whenever that might be.