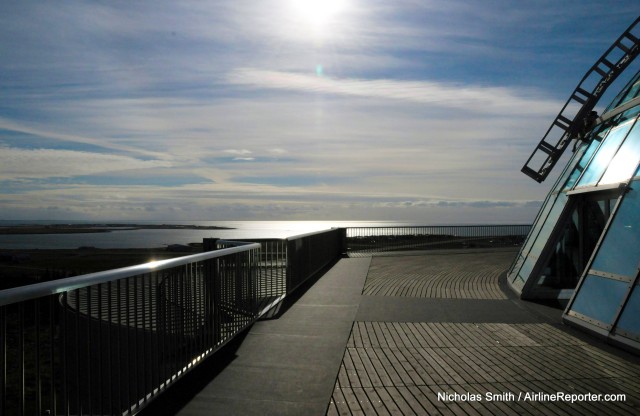 The summer’s ever-persistent sun over the Perlan (the Perl), a hot water storage facility turned museum and mall

This is a continued story about AirlineReporter.com visiting Iceland, via Icelandair. Be sure you first check out: Review: Traveling from Seattle to Keflavà­k on an Icelandair Boeing 757 & Why Iceland is Not Just a Stopover, But a Destination ’“ PART 1.

We spent the next day touring the Golden Circle, which took us about 185mi up into central Iceland and back.   The first stop was Gullfoss (the Golden Fall).  Walking down the path through misty spray reveals the breathtaking two-stage falls.  Unlike falls in the US, there’s nothing but a little rope keeping onlookers from wandering too close to the edge. It felt a little dangerous and I liked it! 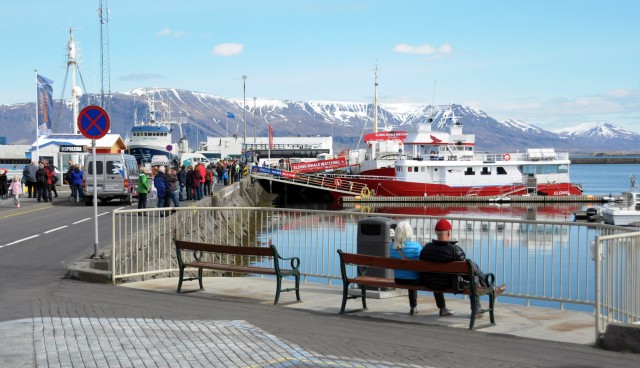 Reykjavà­k’s Old Harbor – just one of the many beautiful views of Iceland. Image: Nicholas Smith / AirlineReporter.com

Being based in Seattle, Icelandair’s nonstop flights bring Reykjavà­k about as close as the flight to Miami. The question that everyone keeps asking me, though, is ’œwhy would you visit Iceland?’

Iceland’s terrain and activities match Seattle’s ’œweather be damned’ love affair with the outdoors to the tee.  The trans-continental island’s atmosphere is unrelentingly Myst-esque; clean, fresh, bright, and utterly colorful.  The temperate climate, driven by the warm Irminger Current, keeps the island nation splendid throughout the year. The looks are reason enough to visit, but adventure doesn’t come from looks alone.