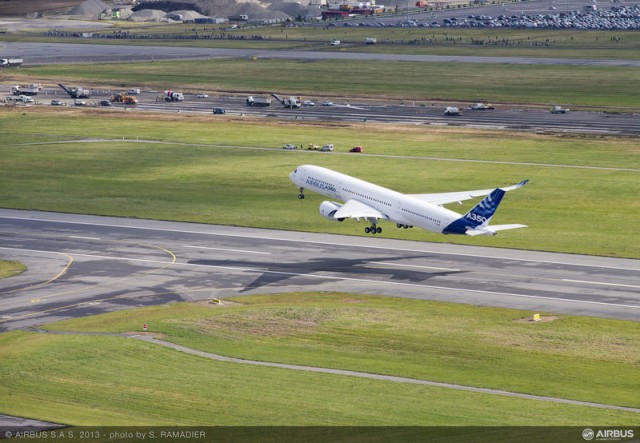 ’œI congratulate the whole A350 XWB development team for having completed the first flight preparation in a record time,” Airbus President and CEO Fabrice Bregier said. “I also wish to thank the first flight crew today for taking this aircraft where it wants to be ’“ in the sky. I would also like to extend my gratitude to all our teams in the design offices, at programme and manufacturing level, the ground crews as well as our colleagues in airlines and suppliers and many others who helped define this all-new aircraft. The A350 XWB which has flown today, integrating the latest available technologies, is now entering the final stage of its development. And it is ready. Ready to head towards certification and entry-into-service in the second half of next year.’ 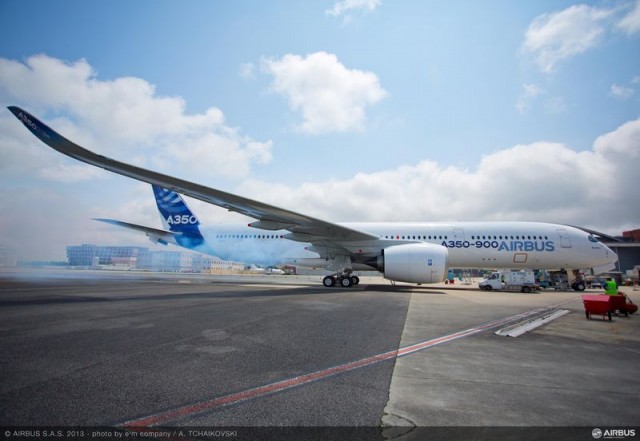 Photo was taken by A380_TLS, who also has a lot of other great photos from Airbus in Toulouse. Hat tip to Jon Ostrower for pointing this out.