’œWe checked off yet another great series of accomplishments on the first CSeries aircraft. It was thrilling to see FTV1 move under its own power on the tarmac during the low-speed taxi runs this week,” said Robert Dewar, Vice President and General Manager, CSeries Program.  He added, “I’m also pleased to share that FTV1 completed the high-powered engine runs while the aircraft was stationary. When full thrust was applied, we were able to run full vibration checks ’“ but most telling, the flight test team was extremely impressed with how quiet the engines were at full power.’

In addition to other final tests, FTV1 will soon head into the paint shop for a new “look”.  FTV1’s first flight is still scheduled to take place “in the coming weeks.” 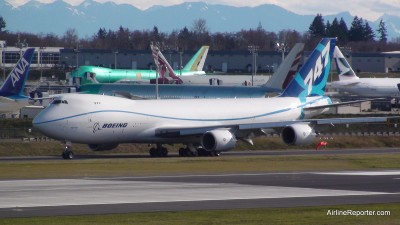 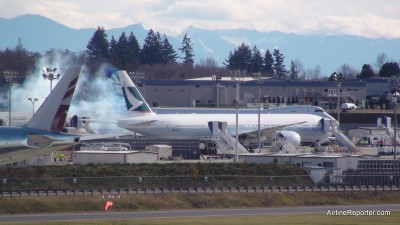 UPDATE 4:00pm: During the last high speed test, it appeared the plane pulled to the right. Possible brake lock-up? After that it taxied back to its parking spot. Working on getting video up. 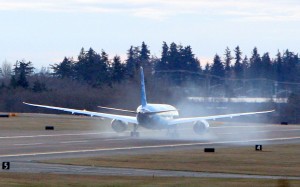