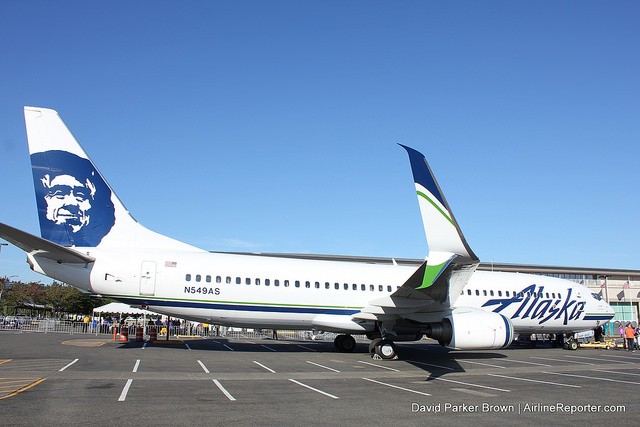 Earlier this week, I was invited by Alaska Airlines to watch the Alaska Plane Pull for Strong Against Cancer at the Museum of Flight in Seattle. The two competing teams were led by Russell Wilson, quarterback of the Seattle Seahawks and Alaskaâ€™s â€œChief Football Officer,â€ and actor and comedian Joel McHale, who grew up on Mercer Island (right outside of Seattle) and is known for his role in the series â€œCommunityâ€ and as host of E!â€™s â€œThe Soup.”

Each celebrity captain had 18 team members, comprised of employees from Alaskaâ€™s maintenance and engineering departments, as well as members of the community who were the lucky winners of Alaskaâ€™s Facebook contest.