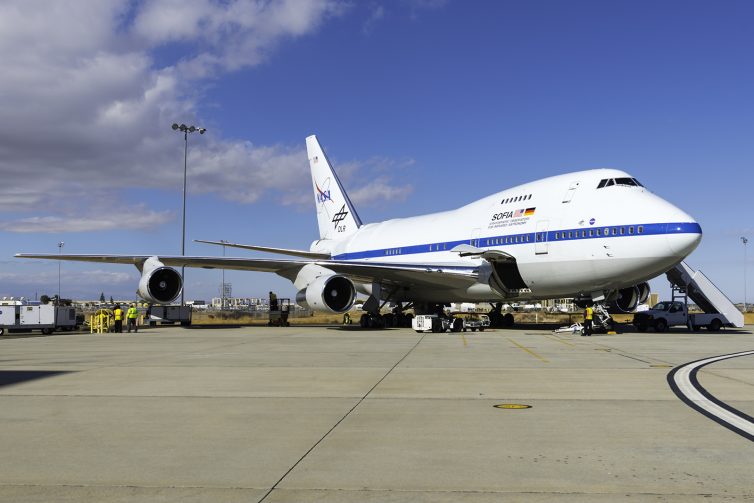 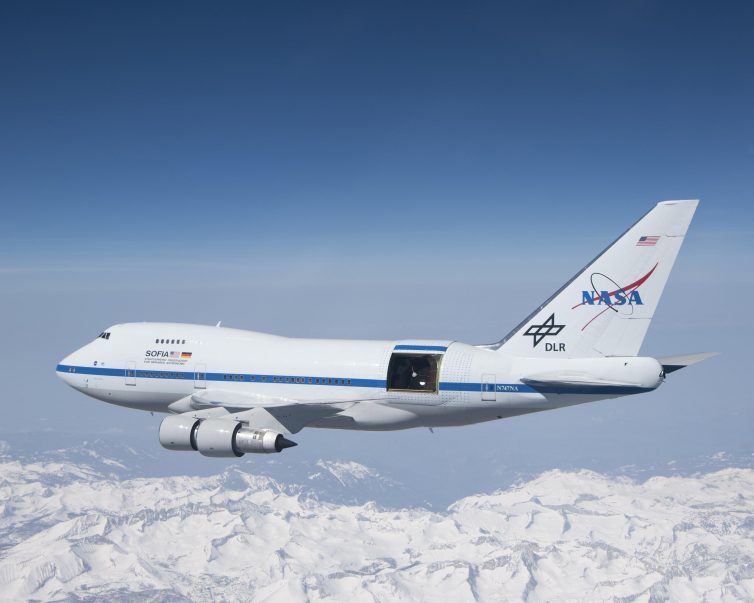 With the sliding door over its 17-ton infrared telescope wide open, NASA’s Stratospheric Observatory for Infrared Astronomy – or SOFIA – soars over California’s snow-covered Southern Sierras on a test flight in 2010 – Photo: NASA