What better way to start a new flight to Los Angeles International Airport (LAX) than with a video from SpeedbirdHD?

On March 31st, Saudi Arabian Airlines (aka Saudia) started service between RiyadhÂ and LAX using a Boeing 777-300ER. The aircraft, which was only five months old, is configured with 24 seats in First Class, 36 in Business, and 245 in Guest Class (aka economy).

The flight will operate three times per week on Monday, Thursday, and Saturday. The flight will originate in Riyadh (RUH) with a stop over in Jeddah (JED) before continuing to LAX.

â€œSaudia’s inaugural flight to Los Angeles is a manifestation of our continued efforts to expand our global reach to better service our valued customers,â€ according to Chief Executive Officer and Director General Designate, Mr. Abdulaziz Alhazmi. â€œThe services to LAX, following our launch to Toronto, Canada in October last year and the resumption of our flights to Manchester, UK, are just some of the components of this initiative to claim our rightful place among the world`s leading carriers.â€

LAX is already a melting pot of different airline liveries, but it is always great to add another. 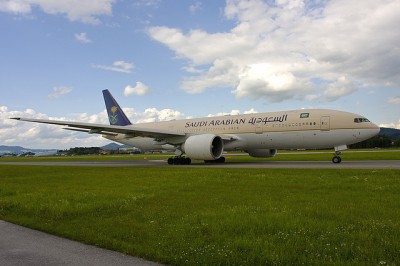 I think this might be the largest airline I have done a livery of the week on. Normally I try to find smaller or unknown liveries (with special legacy liveries here and there). But seeing (online) a photo of a Saudi Arabian Airlines Boeing 747 just motivated me to share, I love it!

The simple tan up top and blue and gold tail. I don’t know why but I just really enjoy the over all look.

The airline was founded in 1945 with one DC-3 and now currently has a fleet of 114 aircraft. The original DC-3 was a gift from American President Franklin D Roosevelt to King Abdul Aziz. The airline flies to over 75 destinations around the world and is based in Saudi Arabia. 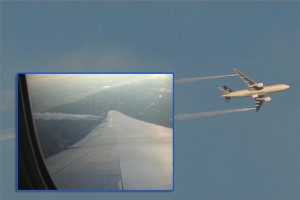