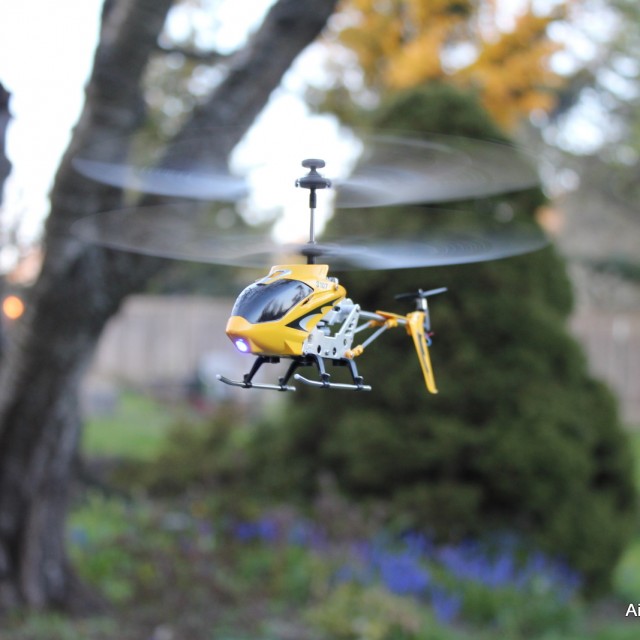 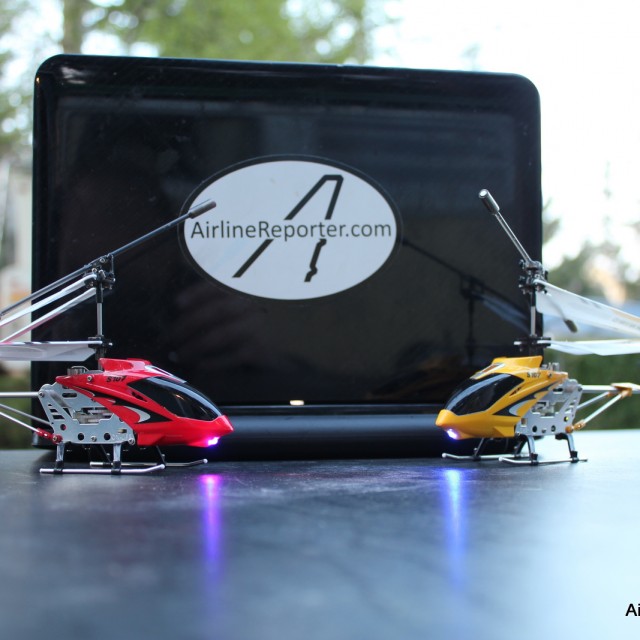 You can easily change channels on the Syma S107 and fly two without interference.

For many of us, we have a love for aviation, but do not actually have our own licenses. Although learning how to fly is on my to-do list, before I get there, I have the ability to fly things a bit smaller.

I was approached by Xenonproject.com and asked if I might review a remote controlled (R/C) helicopter and write about my experiences (disclaimer: they mailed the helicopter for free).

I have owned an R/C helicopter before, but it did not fly very well and it broke pretty quickly. I was hoping this one would be a bit better.

I received my yellow Syma S107 Mini Gyro quickly from XenonProject.com’s facility in El Monte, CA. Unfortunately I was pretty busy, so it took a few days before I could give it a spin. I was happy to find that the S107 is very easy to fly and darn fun. It is a perfect helicopter to learn how to fly. It stays pretty stable, even outside and you can beat the crap out of it and it won’t break.

Best part is if you it does break, you are only out $25. It seems to take about 45-60 minutes to charge (using USB) and you only get about 5-15 minutes of action. Wish it would last a bit longer, but it is a small helicopter with small batteries.

My friend liked mine so much that he ended up buying his own (the red on in the photos). You are able to change channels and fly two helicopters at the same time without interference. It turned into a game of bumper-helicopters (I think I won).

Xenonproject.com has much more than just helicopters, they also have planes and ground vehicles. I thank them for reaching out and getting me back into flying RC helicopters. Now time to fly.

The owner, Buffalo Joe, is one cool dude. If you had to create a personality of someone who owns a charter airline using a bunch of old planes, Joe would be that guy. I think Joe’s statement, “If you really want to experience flight in this life, you really have to strap a DC-3 to your ass, let the wings extend out, and that’s the closest thing you’ll come to a human flying,” really says it all.