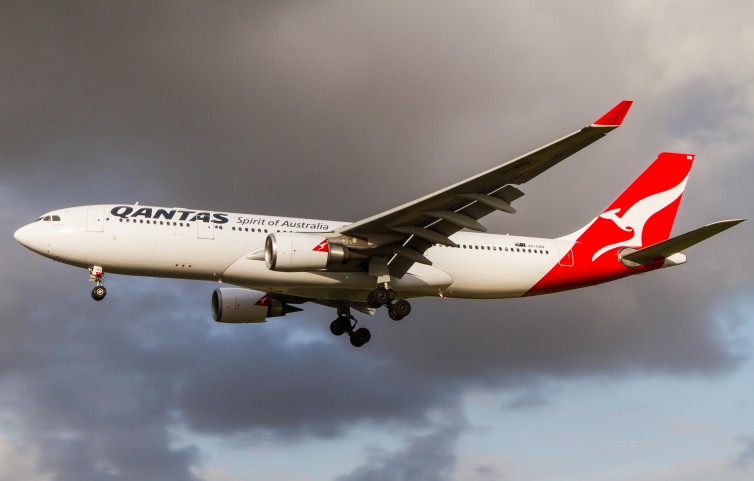 The departure lounge for Gate 41 at LAX, for American’s inaugural flight to SYD. #AvGeeks cringe at this banner…

Want a chance to win a gift bag, courtesy of American Airlines? Scroll down, leave a comment below, and a winner will be randomly selected!

With critters, music, food, gifts, and didgeridoos on hand, American Airlines celebratedÂ its inaugural flight from Los Angeles to Sydney last Thursday, marking the first time the airlineÂ has directly flownÂ to Australia from the contiguous 48 states with its own aircraft, this route featuring itsÂ flagship Boeing 777-300ER.

But even hard-core AvGeeks would be hard pressed Â to focus on the 777 on the other side of the windows when there was a baby kangarooÂ (WHAT?!)…