With the sliding door over its 17-ton infrared telescope wide open, NASA’s Stratospheric Observatory for Infrared Astronomy ’“ or SOFIA ’“ soars over California’s snow-covered Southern Sierras on a test flight in 2010 – Photo: NASA

What is better than a classic Boeing 747-100? One that carries a frek’n space shuttle. This is an epic video, but at the same time it is sad. This documents N905NA’s final flight as a Shuttle Carrier from LAX to Dryden Flight Research Facility completed on September 24, 2012. The second Shuttle Carrier (N911NA)  was retired on February 8, 2012. 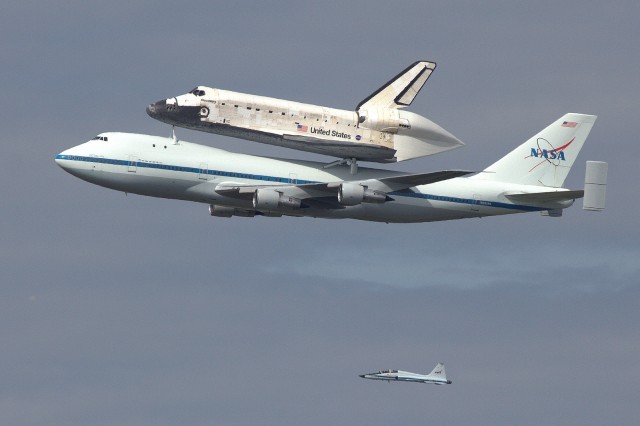