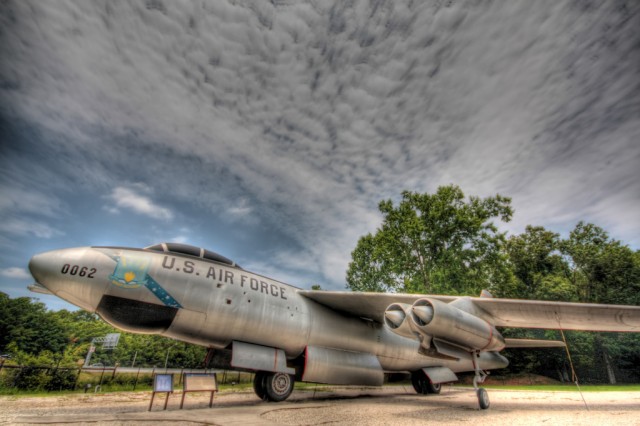 On December 17, 1947, Boeing’s B-47 Stratojet took to the skies. The era of the jet-bomber had commenced, and the Russians had nothing. Of course, it’s no question to those familiar with Soviet aviation politics of the era to assume who was given the order to directly counter the B-47. For those of you less familiar, it was Andrei Tupolev. Using the TsAGI (Central Aerohydrodynamic Institute) data that would later beget the creation of the Tu-95, Tupolev would create the wildly-successful Tu-16. This would have been sufficient if it was not immediately apparent that the Americans and the English were working on jet bombers with truly intercontinental range. Stalin demanded parity with the West by any means necessary.

What resulted was something rather surprising. His trusty servant Tupolev replied with something slightly more rude than “excuse me, I am busy working on the Tu-16 and the Tu-80 right now – I can’t work miracles.” Standing up to Stalin was, in general, a bad idea. So Stalin came back and offered to give this project “All Union” importance. Tupolev continued to turn him down. The real reason behind Tupolev’s refusal was that he simply did not trust the state of Soviet turbojet technology’s abilities to create a truly intercontinental bomber. Fast way to  an early retirement in Crimea, for most.