What a wild, awesome day it was! We got to meet “Chix Fix,” United’s award-winning all-female team of aircraft technicians, go on a tour of the maintenance facility, and celebrate the day with the United family. We even got to sample some food from Boeing’s newest plane: the 777-200BBQ (tail number N1BBQ)! AvGeeks eat your heart out, and read on for plenty of photos from the day’s fun. 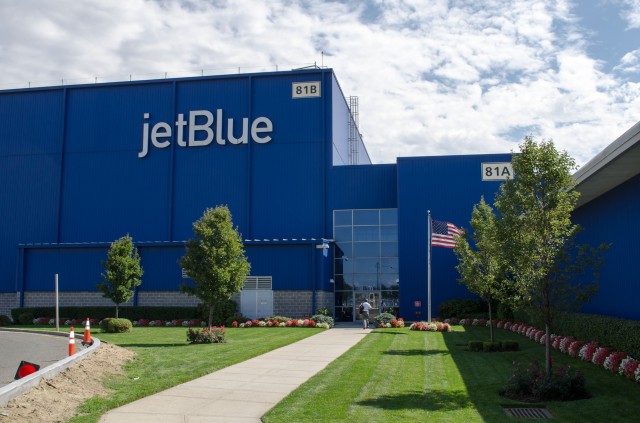 In 2005, a giant blue building appeared in the middle of John F. Kennedy International Airport (JFK) in Queens. JetBlue, still growing larger and larger at the time, decided it was time to have a place of their own, at their home airport, to do some aircraft maintenance. The 140,000-square-foot hangar and maintenance (MX) facility, or “Technical Operations Center” (simply called “Hangar 81” by employees), finally provided JetBlue with a proper facility for on-site offices, part storage, and light maintenance.