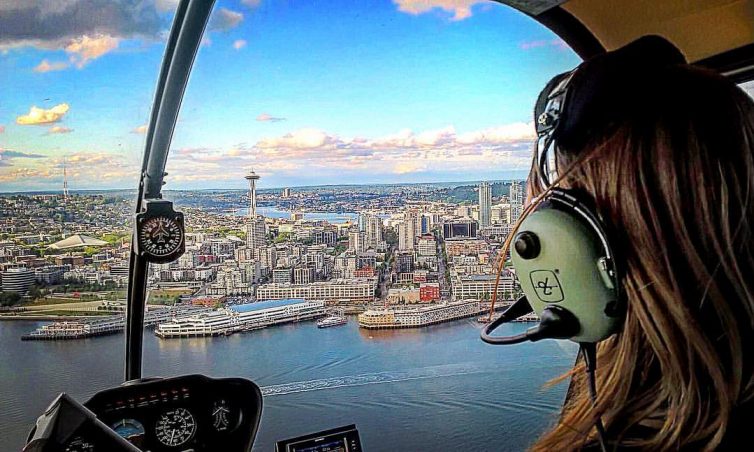 I am flying to downtown Seattle in an R44 – Photo: Kassy Coan

A few years ago, during my transition between software engineering at Google and program management at Microsoft, I took an intro flight in a Robinson 22 helicopter, simply because there was a good deal going, and it sounded like an adventure. I instantly fell in love with the challenge of flying, was mesmerized by the aerodynamics of it all, and was enthralled by the thought of how to improve the user experience of the pilot and optimize the process of flight.

Here I am, many years later, thinking that was the most expensive $70 Groupon I’ve ever come across! However, I’m now an FAA-rated private helicopter pilot, with 150+ total flight hours between the S300, R22, and R44, and have started working on my fixed wing add-on.

I’m often asked if I’ll ever take up piloting as a career. When I say this isn’t likely, but I plan to invest in it further as a hobby, the looks I get vary from ’œwhy are you wasting your time’ to ’œhow is it worth it financially?’ The same goes for anyone looking at my resume (or that of other aviators); those who haven’t experienced aviation training don’t immediately see how the skills it takes to fly an aircraft apply to improving various aspects of life and other non-aviation-related career skills.

Here are a few of the skills I gained while getting my private pilot license, which help me every day in my personal and professional life: 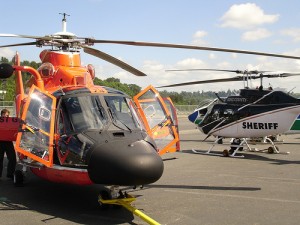 Coast Guard and Sheriff helicopters from a previous show

I am currently in Florida, so I won’t be able to enjoy this! But if you are in the Seattle are, be sure to check the American Heroes Air Show at the Museum of Flight, at Boeing Field in Seattle. The event is being held by the Flight of the Museum and Whirly-Girls. Not only are you able to see helicopters, but also get a helicopter ride with Seattle HeliTours (who rock by the way).

Check the photos from 2008. Argh I am jealous I won’t be able to be there. If you can, send me photos!