When flying in the 787 I knew it was different. It took off very smoothly and it was quiet as I expected it would be. I didn’t fully appreciate how nice it was until my flight home. The day after the 787Â excursion, I was on a ANA Boeing 777-300ER back to LA. The 777 is by no means a bad aircraft and it seemed amazing when I flew to Tokyo, but it seemed very different on the way home. This was the exact same plane that I flew from LAX to Tokyo just a few days earlier. On my 777 Â flight to Japan, the 777 seemed new, fresh and comfortable. But flying on it after the 787, it now seemed outdated, cramped and not nearly as nice.

To be fair, this 777 did not have ANA’s newest staggered business class product, but the current one is not horrid. I think my perception of my 777 flight to Japan versus going home was a real eye opener on how different the 787 is to the airline business. In the words of Reading Rainbow,Â “But you don’t have to take my word for it…” 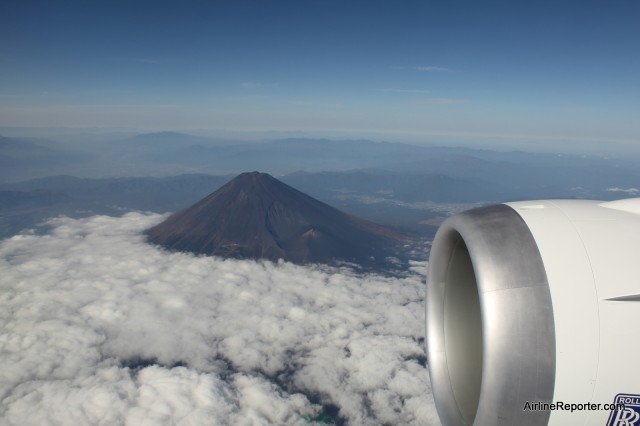 Guy Norris, who writes for Aviation Week and is @AvWeekGuyÂ on Twitter: 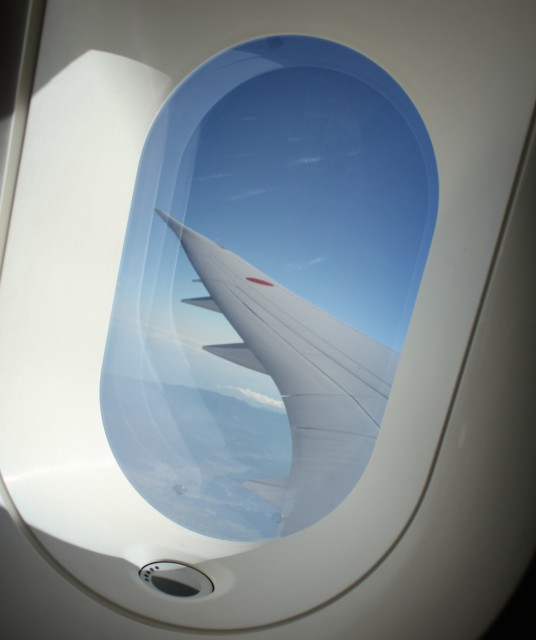 AirlineReporter.com: What was your favorite part of the 787 flight?
Sloan: I was absolutely in awe of that raked wing. Watching all the control surfaces react to gusts and chop was mesmerizing to me. I think you commented in a post how itâ€™s difficult to appreciate from in-cabin just how curved up the dihedral is. I agree. The in-flight entertainment of the wing could not be beat. The positive, upbeat, convivial atmosphere of passengers and crew in being a part of history was equally wonderful to the aircraft itself.

Was it what you thought it would be?
I wouldnâ€™t say anything could be better. As I think many of us have remarked, had the flight been the longer-haul, we would have been able to discern the affects on the lower pressurization and higher humidity on our well-being. It was very difficult to tell after just a 4 1/2 hour flight. I also actually wished for turbulence just to feel more of the gust suppression systemâ€™s affect. It really couldnâ€™t have been better, well maybe… just a bit if I were sitting in Business Class…but Iâ€™m not complaining!