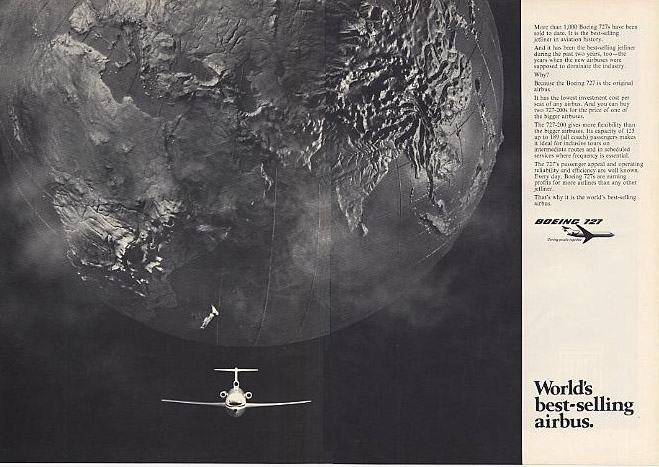 What was the best-selling airbus?

This is a tag line from a magazine ad from the 1970’s. Anyone have any guesses which ad this might be from? 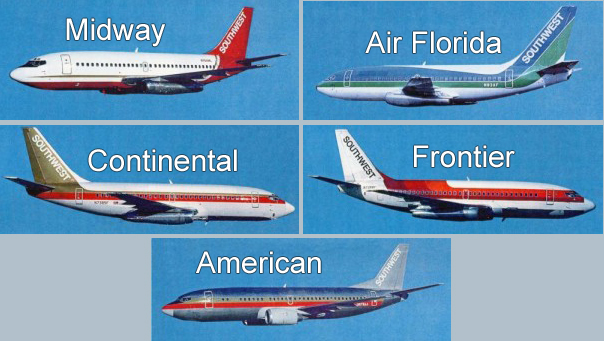 Here are the answers -- did you guess right?

Had a lot of great guesses from people on the photo livery quiz. You can see the answers above. Most people made the same mistake I did on the last one. I thought it was USAir, but if you look closely this was a bare-metal plane from American, with Southwest’s livery painted on it. You can read more about these planes and see larger photos on Southwest Airline’s blog.

Nice job folks. There were quite a few others that only got one wrong. 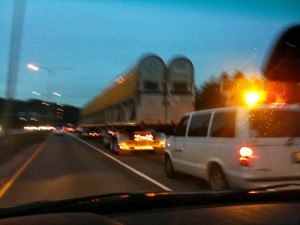 Big long Boeing truck hauling what down the freeway?

The other day while going down I-405, which is just east of Seattle, I saw this very long Boeing truck being escorted by a Boeing van.

It is so long there is someone steering the rear wheels in the back. I have tried to do some research, asked a few people in aviation, put it out on Twitter,Â  and talked to people at Boeing, but no one can tell me what it is hauling and what Boeing calls the truck.

So, time to use the power of my very smart blog readers (that is you!). What is the story behind this truck and what is it hauling?

CLICK HERE FOR A LITTLE BIGGER VERSION OF THE PICTURE