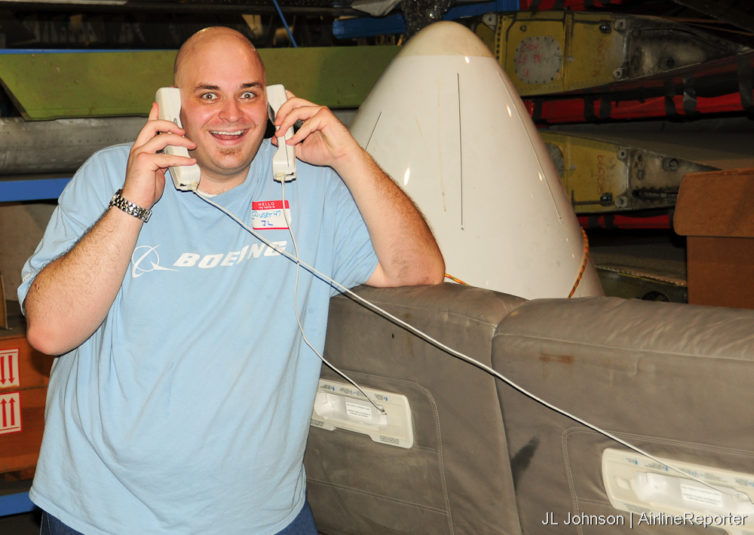 This is a piece Iâ€™ve written, trashed, and rewritten multiple times over the years. In fact, my notes on the topic date back as far as 2012, shortly after joining AirlineReporter. This is a tough subject to discuss, and it is indeedÂ not easy to put one’s self “out there” for commentary by the general (sometimes harsh) public. Twice in prior pieces, I have dipped my toes into discussing weight issues. First when I mentioned my need for a seat belt extender on a Frontier airlines flight reviewÂ years ago. And again when writing about my first 5K. Both pieces spurred unacceptable, rude, â€œfat-shamingâ€ comments which were deleted.

For years this polarizing and real issue has lacked balance and a fundamental perspective: that of the so-called fat flyer. As a frequent traveler who cameÂ uncomfortably close to dreaded the “passenger of size” classification,Â it’s time to add some commentary. So, I’m taking one for the team. Just a quick note – this post uses adjectives that could be perceived as derogatory towards fat flyers. I am intentionally using these to help readers understand the words we so frequently hear. These are my opinions and generalizations. As I’ve noted, this is a sensitive issue, and everyone’s experiences and situations are unique. No disrespect intended.

Welcome on board. You are the last passenger to join us on our Southwest plane. As frequently happens, the middle seat next to me is the last one available on our sold out flight.Â The armrest which is generally considered to be the personal space boundaryÂ between us goes down, barely. I am 6’1″ and medically classified as morbidly obese, or worse. I also manage to squeeze into my seat without a seatbelt extender. Southwest, as it turns out, has generously accommodating seatbelts across their fleet.

Just like those before you, you size me up then look around for better accommodations. This on-the-fly appraisal is something I’ve been through multiple timesÂ on this flight aloneÂ and something I will encounter hundreds of times throughout the year as I eventually requalify for my elite flyer status.Â Finally, you come to terms with the fact that you’re stuck with me for the next hour or two.