Police and emergency services line up to show respect to the fallen soldier at LAX on an Alaska Airlines flight in January of 2014  – Photo: David Parker Brown | AirlineReporter

Excerpt from NYCAviation is written by Eric ’œCap’n Aux’ Auxier, who is an airline pilot by day, writer by night, and kid by choice. An A320 captain for a major U.S. airline, he is also a freelance writer, novelist, and blogger (capnaux.com).

Escorting the hero was a military honor guard consisting of two of the soldier’s comrades, and two young Marines. Also onboard were the man’s father and a lovely, devastated young woman -girlfriend? Wife? Sister? I never found out. I never learned the soldier’s name, either. Or his rank. Or how or where he died.

But it didn’t matter. Because, like the Tomb of the Unknown Soldier, he was ours. He was us.

’œLadies and Gentlemen, this is your Captain speaking. I’d like you to pay special attention to this announcement. (pause) Today we have the great, great honor of escorting one of our fallen soldiers to his final resting place. 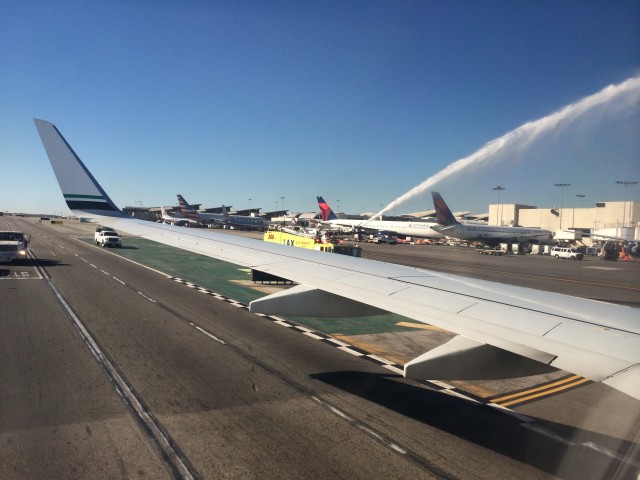 The thought of a fallen soldier coming home to their family is not easy, but a reality of the world that we live in. I have previously taken a look at how Alaska Airlines professionally handles when they are transporting a fallen soldier, but recently I got to view first-hand not only how the airline, but also Los Angeles International Airport (LAX), treats heroes with the respect they deserve.