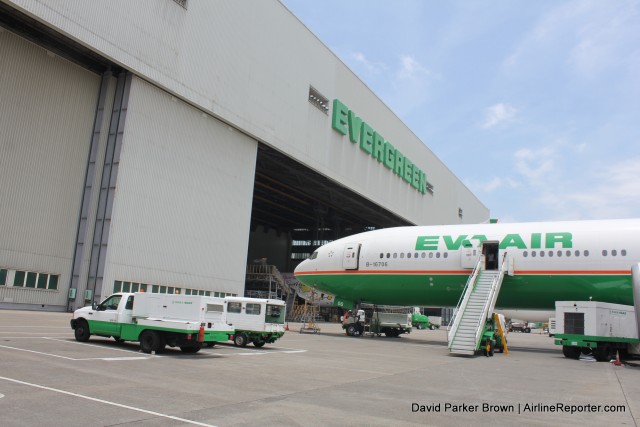 You know how they say, “getting there is half the fun?” Well, in this case… it was. My hotel was located about 45 minutes from the airport, and I was told that I would have a car sent to pick me up — cool. I was greeted in the lobby and headed outside, but where was my car? I was told that we needed to walk down the block a bit, since they couldn’t find parking. That was odd, as there was plenty of parking right in front of the hotel, but okay. 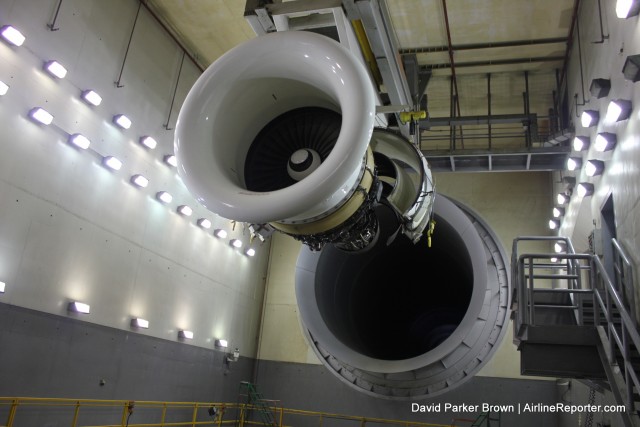 Then I stopped to take some photos of a big tourist bus that had EVA Air’s livery on it. I felt it odd that the guy was going up to the bus. Wait a second… was this my ride? Sure was… my ride was a super sweet EVA-liveried bus all for me (and the driver… and my guide). I guess they had run out of vans and cars and didn’t want me to be left waiting, so they sent a bus. I was totally okay with that.

This was one of many things that showed how much that EGAT takes pride in attention to detail. A high level of precision is important when giving someone a tour, but way more important when working on an airline’s multi-million dollar aircraft.

Not too long ago I spoke how airlines could make it rain by flying through the clouds. A second way is to dump a Boeing 747 full of water to the ground below.

The first Supertanker was a Boeing 747-200 (see in the video above – N470EV) that was been modified to fight fires. Currently Evergreen uses a Boeing 747-100 (N479EV). It can hold 24,000 gallons of water or fire retardant. The Supertanker fought its first fire in the US on August 31, 2009 at the Oak Glen Fire. The aircraft is housed at McClellan Field outside of Sacramento, CA and is ready to go at any time.

If you want more, check this 7-min video on the Evergreen Boeing 747 Super Tanker.