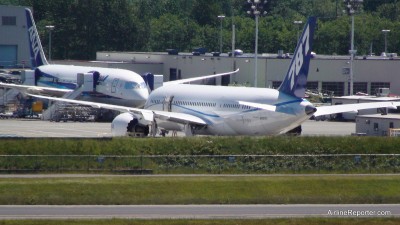 Somethings answer a question never asked. But if you were sitting around this weekend thinking long and hard about how do airlines wash engines, well I have the perfect video for you. It shows how Southwest Airlines goes about washing one of the engines.

Now, this isn’t your grandfather’s jet engine washer.Â  This is an environmentally friendly engine washer that helps reduce waste and gas. The EcoPower equipment circulates the water to wash the engines minimizing the contaminant runoff, which is good for everyone.

Federal safety officials have some concerns about Pratt & Whitney engines and are requesting that the FAA orders inspections. The concern stems from when a Delta Airlines plane loss power at the time of take off and had to turn to the gate back in August. However to date, no inspections has occurred. Personally I kind of want to know my engines are working fine. Both of them.